The university-led project will record details of venues, musicians and audiences in six cities, to gain a better understanding of the pressures facing music businesses and venues. 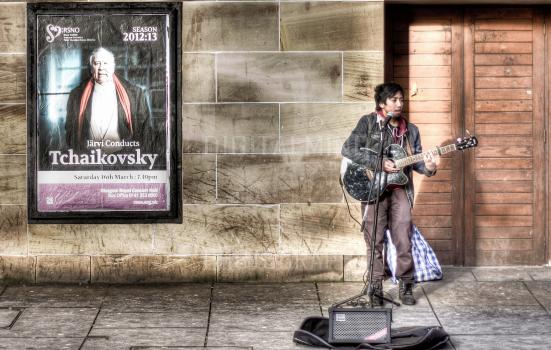 The census will cover a wide spectrum of genres, from lone buskers to classical concerts
Photo:

Funded by the Arts and Humanities Research Council, the project aims to quantify the challenges facing the music industry by painting “a detailed picture of what exactly it means to be venue owner, a musician, and a live music lover in 2017”.

The UK Live Music Census – thought to be a world first – will cover the widest possible spectrum of musical genres being performed, from lone buskers to massed choirs, dancefloors to stadium concerts. As well as recording issues relating to the provision of live music, it will gather data on audience demographics and ticket prices. It hopes to shed new light on live music’s economic and cultural value, and attitudes towards secondary ticketing.

The project team ran a pilot live music census in Edinburgh in 2015. Its findings were used to inform the City of Edinburgh Council’s decision to change its policies about noise levels, to the benefit of performers.

Project leader Dr Matt Brennan said the new census will be used to “inform academics, entrepreneurs and music fans alike and help organisations like UK Music to understand better the pressures on music businesses and venues so we can lobby for the most effective policies in each area”.

The study will cover the impact of taxes on the viability of music venues, and experts expect the overhaul of commercial property rates to be highlighted as a major threat, with venues operating at grassroots level being particularly vulnerable. Brennan said: “Venues around the country have been telling us that they already operate on thin margins, so proposed increases in rateable values of up to 55% in some cases will have a significant impact.”

A nationwide online survey will also go live on 9 March and will be open until 8 May. Music fans, musicians, venues and promoters across all genres and at all levels are being asked to complete the survey.

Industry partners in the census are the Musicians’ Union, Music Venue Trust and UK Music. Beverley Whitrick, Strategic Director of Music Venue Trust, said: “As a young charity representing grassroots music venues across the UK, we are constantly building the case for the needs of our sector.

“Anecdotal evidence only goes so far when lobbying or profile-raising around the challenges our venues face, so partnerships which generate data are hugely powerful for us. The more towns and cities we have research for, the more accurately we are able to represent the national picture.”