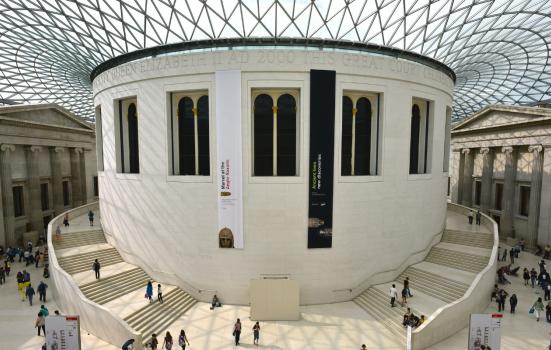 This is despite more than 40% of international tourists highlighting Britain’s cultural attractions as their “top motivation” to visit, according to data from Visit Britain.

The recently-published DCMS Tourism Recovery Plan acknowledges the UK’s “thriving cultural and arts sector” as a key driver for tourism and sets a key objective of creating a tourism industry “that contributes to the enhancement and conservation of the UK’s cultural, natural and historic heritage”.

But it stops short of offering direct support to the culture sector, instead pledging a rail pass, development of a digital data hub and a £10m investment into off-season vouchers for tourist attractions due to start in August.

The DCMS aims to recover domestic tourism to pre-pandemic levels by 2022 and international tourism by 2023, a year sooner than independent forecasts.

The Tourism Recovery Plan says the UK Government is committed to becoming the most accessible tourist destination in Europe by 2025.

Minister for Tourism Nigel Huddleston is expected to hold roundtables with stakeholders to understand “the barriers holding back participation in tourism” according to the plan.

It is not specified who will be involved in these talks. Arts Marketing Association (AMA) CEO Cath Hume wants to see marketing and communications professionals represented to “ensure inclusive tourism becomes a reality”.

“AMA members regularly speak with audiences when promoting the breadth of the UK’s cultural offer and have valuable insight and expertise that can be used to aid the tourism recovery,” Hume said.

“An audience-focused approach to the recovery plan is crucial.”

The report on the Cultural Destinations Fund said project areas were recognised as “culturally rich” after taking part in the programme.

The fund, delivered by Arts Council England and Visit England, shared £4.2m across 18 projects between April 2017 and January 2021.

Visit England Director Andrew Strokes said it was “heartening” to see such positive results: “It’s no surprise that culture is central to our local tourism offer.”

“The findings confirm that collaborative working between local destinations and arts and cultural activities inspire visitors to explore the breadth of England, driving bookings and boosting local economies.”

In a statement released alongside the Tourism Recovery Plan, DCMS said “a review of how tourism at a regional and local level is funded is already under way”.

The plan anticipates 2022 as a “year of celebration,” citing “set piece events” like the Platinum Jubilee and Festival 2022 as major tourism draws.

No new support for these events is detailed in the plan, but the selection of ten teams for Festival 2022 and the decision to add a Bank Holiday for the Platinum Jubilee are described as  “milestones to connect the world with UK destinations”.

Platinum Jubilee celebrations will include a Civic Honours competition, giving  towns and cities the opportunity to gain city status, or Lord Mayor or Lord Provost status.

The plan does not expand on details for the Civic Honours competition, rather focusing on “gateway cities” London, Birmingham and Manchester that “disproportionately rely on inbound visitors, through measures such as promoting consumer confidence and marketing activity".