DCMS Minister Caroline Dinenage says the EU did not offer work permits and the Government is focussed on navigating the new landscape rather than negotiating. 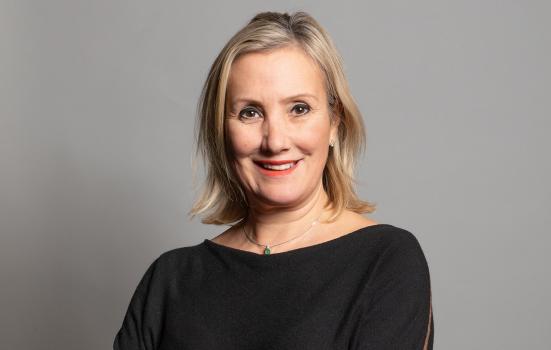 DCMS Minister Caroline Dinenage has clarified that the EU did not offer work permits for touring musicians and crew
Photo:

The UK rejected the EU's offer of visa free touring because it was "not compatible" with the Government's goal to "take back control of our borders," DCMS Minister Caroline Dinenage has said.

Dinenage shed some light on the ongoing row over visas for touring in the EU in the House of Commons on Tuesday, saying the EU's offer allowed for "ad-hoc" paid artistic activities rather than work permits for musicians, technicians and support staff.

Despite assertions that "the door is open" to renegotiating with the EU, she indicated the Government would not proactively restart discussions on a better deal for UK artists.

Dinenage said the EU's offer was "a very broad deal" and "would not have worked for musicians".

"Embedded in this proposal was a declaration which would have covered a very small number of paid activities; with regard to artists it covered ad-hoc performance. Of course, this declaration was non binding and didn't address anything like technical and support staff.

"These proposals would have enshrined permanent visa-free short stays for all EU citizens... and that just simply is not compatible with our manifesto commitment to take back control of our borders."

The Government will re-enter discussions with the EU if it is willing to waive requirements for work permits, and to cover technicians and crew.

Until then, Dinenage said her focus is on helping artists and companies navigate the new landscape, rather than renegotiating a bloc-wide deal.

"We are not sitting here doing nothing. We are and will continue to talk to other EU member states. They could, of course, unilaterally make thing fair for travelling artists and musicians but that's likely to cover all visitors, not just those from the UK," she said.

"I would love to be able to change this across the board straight away but that isn't going to be possible in the immediate future, so it's all about having those bilateral converations with EU member states.

"At this stage, it wouldn't be about a [visa] waiver but it would be about facilitation."

Dinenage also said the Government is considering establishing an insurance scheme for UK arts events, saying she was in discussions with Treasury about it.

Dinenage faced pressure from MPs to publish the proposals made by each party, eventually conceding that she would raise the matter with the Home Office.

"We really need to see the details of the proposals made by the EU and the UK's counter offer in order to identify where the problems lie.

"It would be a tragedy if the livelihoods of so many performers and ancillary workers were to end up as a political football being kicked around by the UK and the EU."

"Musicians and artists have been collateral in this Government's obsession with ending freedom of movement," he said.

"The Government said they were holding out for a better deal but we have ended up with nothing. How could that happen?"