Amid Covid, Brexit and climate change, new touring models that prioritise collaboration with communities and other institutions provide a way forward, funders say. 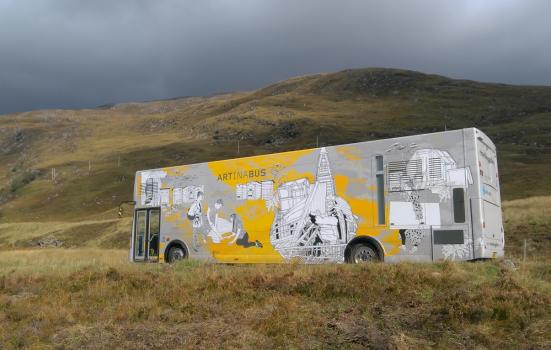 Touring models must be tailored to local contexts, funders say, as people look for activities closer to home.

Touring museum and gallery exhibitions faced with a trifecta of challenges – Covid, Brexit and climate change – have achieved a “seismic acceleration” in developing online content and new professional networks over the past 18 months.

But more support is needed, according to Art Fund and Creative Scotland. Their co-commissioned research, entitled Going Places, says better “matchmaking” between museums across the four nations could facilitate smaller-scale, family-friendly UK touring.

It calls on Government to make Museum and Gallery Exhibitions Tax Relief – currently extended to 2024 – permanent so institutions have more room in their budgets to loan exhibitions to their less well-resourced counterparts.

In a survey of 166 heritage organisations, 68% cited lack of time and capacity as the main barrier to creating touring work.

Sarah Philp, Art Fund’s Director of Programme and Policy, said that while “impressive" touring programmes have been running for many years “there is huge potential to do even more”.

“This will take time, energy and resources.”

The research aims to provide a blueprint for new funding programmes and a stronger UK-wide policy framework for touring work, its authors said.

New models for touring programmes offer “exciting possibilities, both for partnerships between organisations and for local communities to get more involved”, Philp said.

MAGNET – or the Museums and Galleries Network of Exhibition Touring – is working on three shows currently. The recently established consortia has 11 organisations spread across the UK, with only lead partner The Horniman based in London.

“It’s really important that we develop models of exhibition touring like MAGNET that enable regional museums to share their resources and introduce wider audiences to the wonderful things we hold on their behalf,” Horniman Chief Executive Nick Merriman said.

Other innovative models include split-site tours like The British Art Show and Jerwood Arts’ Makers’ Open, which funds early career creatives to make tourable work. Cornwall’s Newlyn Art Gallery worked with a local primary school to curate an exhibition using 10 works from the Arts Council Collection – an approach which has since been rolled out to eight more schools in the area.

Partnership exhibitions are labour intensive, however, and many organisations have lost touring focussed roles in recent years, placing this kind of work beyond their reach.

And Brexit has made touring exhibitions in and out of the EU more complex, especially in Northern Ireland, where the number of loans to and from the region has already fallen.

“Immediate improvements could be brought about by standardised customs procedures for art and museum objects,” the report says.

One way of avoiding costly borrowing from abroad is to use the collections that institutions already have.

The report says it’s likely more exhibitions will have to take this approach: “Rather than narrowing horizons, this is seen as an opportunity to create new kinds of partnerships, using different models of working to jointly address global concerns such as the climate emergency and racial justice.”

“The turnkey exhibition may now be less desirable and the blockbuster less affordable – but this may herald a new era of collaborative practice,” the report says.