The sector and its funders must adopt measurable diversity targets or risk losing "an entire generation of talent". 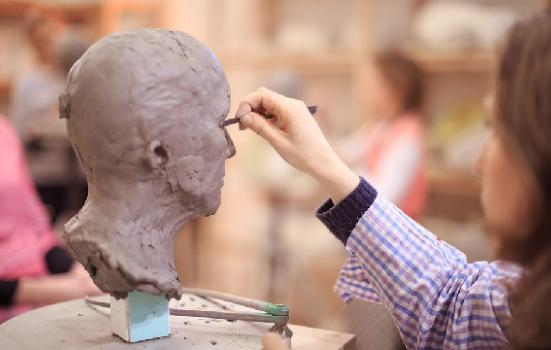 Arts funding should be tied to "strict compliance" with employment law to improve diversity in the sector, MPs say.

The recommendations come from a year-long research project by King's College London, The University of Edinburgh and the All-Party Parliamentary Group (APPG) for Creative Diversity.

Co-Chair Chi Onwurah said the pandemic "has only deepened" entrenched inequalities in the sector.

"Without action, we risk exacerbating inequalities further in the creative industries and an entire generation of talent – the future of the sector – could be lost."

Researchers Dave O'Brien and Natalie Wreyford said organisations need to better understand their obligations under the Equality Act and work out how to monitor compliance.

"Non-compliance should mean a withdrawal of funding," they argued.

"The threat of this should go a long way to making sure there is a large degree of compliance."

The report, Creative Majority, charts a course out of this crisis, Onwurah said. It calls on Government to enforce pay gap reporting and develop a detailed plan for diversifying the sector rather than simply committing to do so.

DCMS says it is updating its £7m creative apprenticeships scheme to remove barriers to entry but made no comment on other recommendations, including establishing a Freelancer Commissoner.

"We'll look at this report carefully and consider what more we can do to widen access to creative jobs," a spokesperson said.

Gaps and the grassroots

The report calls for a Workforce Information Bill by 2024 to increase pay gap reporting.

MPs said reporting is currently "too limited" and that organisations given a reprieve from reporting due to Covid-19 now need to restart.

"Target setting is vital for organisations, as is reporting on progress and responses to failure."

O'Brien and Wreyford said organisations that fail to report how many of their employees have protected characteristics should be fined.

They said the onus should be greater still for larger organisations, which the report says "can sometimes be slower" to adopt new approaches.

Ringfenced funding should be targeted, first at a pilot scheme for larger organisations, at promoting work with grassroots organisations.

The smaller organisation could recieve three to five years' funding and a share of any profits they bring to their larger partner, with Government providing tax breaks or match funding, O'Brien and Wreyford said.

"Funding can be a powerful incentive but we need to ensure funding supports both grassroots organisations and the bigger institutions they are trying to change."

APPG Co-Chair Baroness Deborah Bull said the first of these is essential to the sector's success.

"Change will only happen if equality, diversity and inclusion are not left to any one individual or team but are understood as the responsibility of everyone, at every level of every creative organisation, firmly rooted at the heart of business, funding,  engagement and commissioning plans."

The report concluded these need to become benchmarks for the sector's progress.

"The data gained through monitoring should not be understood simply as the end of the process."

Baroness Bull added: "Change at this scale will require bold and visionary leadership across government, at sector level and within organisations and businesses."

"It won’t be easy, but the rewards will be great: a creative workforce and audiences that include, represent and benefit from the talents of the full and glorious diversity of the UK population."