The Arts Council of Wales and the Welsh Government have confirmed that they’re interested in pushing for changes to regular funding cycles. 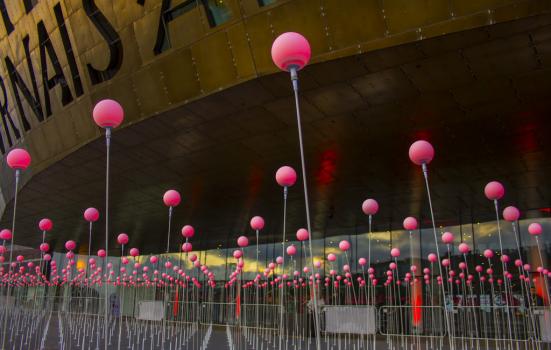 Dai Lygad via VisualHunt.com / CC BY

Arts organisations in Wales will benefit from three-year funding agreements if Welsh Government plans to change its arts funding cycle go ahead, an Arts Council of Wales (ACW) spokesperson has told AP.

The potential funding changes, affecting ACW’s 67 Regularly Funded Organisations (RFOs), will be made possible if the Welsh Government delivers on its ambition to offer ACW three-year funding settlements.

Nick Capaldi, ACW Chief Executive, said he was “optimistic” that three-year funding would be retained as a Government goal, despite the lack of a timetable for the decision to be made.

He added that changing to a three-year cycle would “enable organisations to invest, innovate and plan with more confidence knowing what future funding would be available”.

Although arts funding is a devolved power in Wales, recent Welsh elections saw the Labour party returned to power as a minority government and it will have to negotiate its Programme for Government with other parties.

Labour Cabinet Secretary for Economy Ken Skates, who is responsible for the arts in Wales, said: “Our Manifesto made clear our desire to provide a greater degree of security and certainty to national sponsored bodies by seeking to offer three-year funding settlements and this aspiration has not changed.

“We are currently considering how we can best take this proposal forward. As stated at the time our spending power is dependent on what the UK Government offers Wales and these discussions remain ongoing.”

The next ACW budget will be set in spring 2017.

Monday, 24 February 2020
Eight performers who had been working on a cruise ship struck by the virus are now in quarantine in the UK. The workers were evacuated last week from the Diamond Princess, which was in lockdown off... read more
(The Stage)

Venues could be legally required to protect against terrorism

Monday, 24 February 2020
Large arts venues such as concert halls would be among the spaces compelled to provide protection against terrorism under new Government proposals. The Home Office will consult on bringing in... read more
(The Guardian)