Third victory for The Stables in noise dispute with developer

Councillors have supported the venue’s ongoing battle to protect itself against complaints from a planned residential development. But as legal costs mount, Abbey Homes has not ruled out appealing the decision. 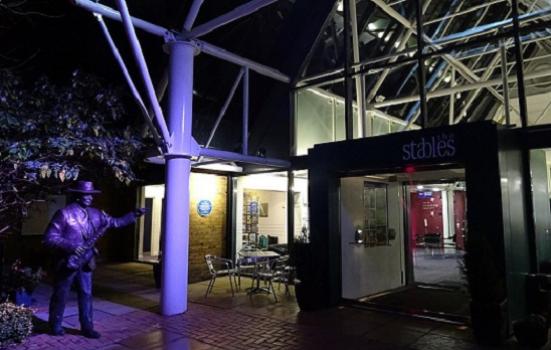 What about agent of change? The Stables' saga with Abbey Homes continues
Photo:

Milton Keynes music venue The Stables has fought off a third attempt by a property developer to sidestep a requirement to inform future residents of the area about the potential for late night noise.

Abbey Homes had argued the condition placed on it by Milton Keynes Council – a Deed of Easement aimed at safeguarding The Stables’ continued operation – was outside of the council’s legal authority and therefore “invalid”.

But councillors at a committee meeting last week unanimously disagreed with the opinion of Abbey Homes’ lawyer. Matthew Reed QC argued that development could begin without complying with the condition, which was stipulated when approval for the project was granted.

But the council decided that permission to proceed should be refused because non-compliance would “cause a detrimental effect to the continued operation of The Stables” and detract from future residents’ enjoyment of the area.

It also resolved that “appropriate enforcement action be undertaken if works are commenced on site without the discharge of [the] condition”.

The Stables welcomed the outcome of last week’s hearing and said the ball was now in Abbey Homes’ court. The company may still appeal the council’s decision.

A spokesperson for Abbey Homes declined to discuss the possibility of an appeal with ArtsProfessional, saying the company had a blanket policy of not commenting to the media.

This is the third time Abbey Homes has attempted to fight the Deed of Easement. The long-running dispute appeared to be resolved when the condition was first stipulated in April.

At that time, Milton Keynes Council’s Development Control Committee said The Stables required protection from the “significant risk” that a future resident might make a private nuisance complaint about noise from the venue, which is licensed to operate until 2am. Similar complaints have forced the closure of live music establishments across the UK.

Abbey Homes then submitted a new application for the same site, prompting the council to institute a second Deed of Easement in August.

While the Agent of Change principle – a clause that places the responsibility for managing noise concerns on developers rather than existing music venues – has been enshrined in law in Scotland, local authorities across the rest of the UK need only to consider enforcing it. “Getting councils to implement it properly is really difficult and varies from council to council,” Cullen said.

“I would have thought, after numerous appeals and judgements, that they [Abbey Homes] would get the message but that’s the difference between a grassroots venue and a big housing company that has cash to spend.

“I would not be surprised if it goes to judicial review.”

A submission to the council from The Stables says the company’s application to breach the condition “re-runs the legal arguments that were aired during the committee meetings”. “Nothing has changed,” the letter says.

It continues: “the developers have stated that the reason for the application is because the need for a deed of easement is affecting sales values. However, no evidence has been provided that this is the case.

“Instead, it is our belief that the developers have an in-principle objection to the deed, as they have consistently said they will never sign one, and have spent thousands on legal advice to make their case, forcing The Stables (a charity) to do the same.”

The Stables estimates legal advice on these matters has cost it £60,000 since April. A crowdfunding page set up to try recover the costs has raised more than £6000 in less than a week.

Chief Executive and Artistic Director Monica Ferguson said that “every penny spent on planning matters is a penny that cannot be spent on promoting music and supporting future generations of musicians”.