Theresa May wants UK to remain in European cultural programmes

The Creative Industries Federation welcomed the Prime Minister’s comments, but said it was time to “turn this rhetoric into reality”. 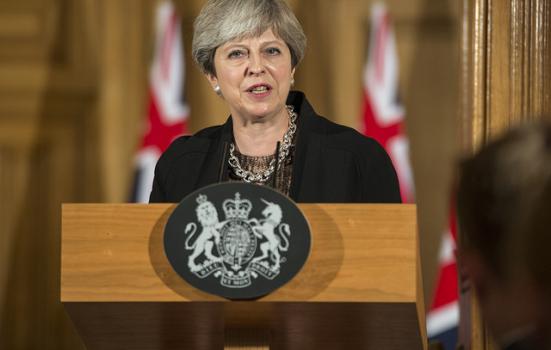 Theresa May wants to work in ways “that promote the long-term economic development of the continent”.
Photo:

Prime Minister Theresa May has signalled her intent that the UK remain part of European cultural programmes once the country splits from the European Union.

Speaking about her Brexit plan in Florence on Friday, May made a commitment to continue working in ways “that promote the long-term economic development of the continent”.

To this end, she said the UK would want to continue to take part in specific policies and programmes, such as educational and culture, “which are greatly to the UK and the EU’s joint advantage”.

May also promised the UK would honour financial commitments made during the period of its membership of the union, and set out plans for a two-year Brexit implementation period.

The Creative Industries Federation (CIF) welcomed the intention to remain part of European cultural programmes but said it was now time to “turn this rhetoric into reality”.

“The clock is ticking. We’re already leaking creative talent and urgently need security from the Prime Minister that the UK’s fastest growing sector is not going to suffer any further,” said John Kampfner, CEO of CIF.

He warned that the country was facing a cultural “cliff-edge”, with access to international talent and strong European partnerships “under significant threat”.

“Government has failed to acknowledge that the UK’s creative success has come from our ability to retain and attract European and international talent. Freedom of movement has been instrumental to making this happen,” he added.

“We say emphatically that, despite welcome commitments to an implementation period, we need to see more action.”

A Downing Street spokesperson told AP it was too soon to go into detail about specific arts programmes, and more clarity would be provided once negotiations are concluded.