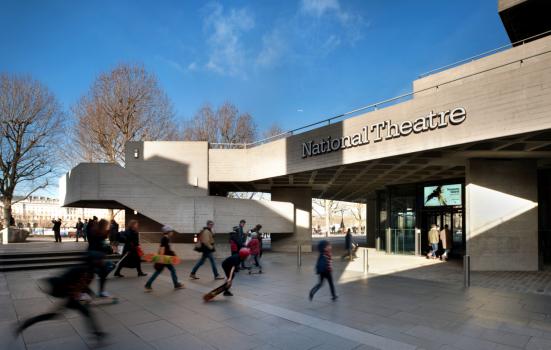 The total, revealed in figures published by HMRC, was divided between 2,980 productions, of which about 40% (1,140) were touring shows.

Theatre tax relief was introduced in 2014, offering qualifying productions a reduction in corporation tax of 20%, or 25% if they were touring. It is among a suite of tax incentives offered by the Government to the creative industries, with other beneficiaries including film, video games and high-end television.

Last year there were 910 successful claims for theatre tax relief, with both large and small productions benefiting. About half of the relief awarded (£39m) went to claims for over £500k, of which there were 40. At the other end of the scale, more than a third of the claims (330) were for amounts of less than £10,000.

A total of £137m has now been awarded to almost 5,000 theatre productions since the scheme began.

Julian Bird, CEO of the Society of London Theatre and UK Theatre, said: “The latest figures show that more and more theatres continue to use and benefit from the Theatre Tax Relief. It has allowed producers to become more adventurous, and compensated for reductions in funding from other sources.

“At a time when public funding is so under pressure, we must be clear that the Theatre Tax Relief has allowed us to maintain a resilient and thriving theatre and performing arts sector”.

Among the recipients of the relief is the National Theatre, which has successfully claimed both theatre and film tax credits in recent years. In 2017/18 these amounted to £4.6m across its performances on the South Bank, in the West End, on tour around the UK, and NT Live cinema broadcasts. A spokesperson told AP: “Along with our ACE funding and donor support, they are vitally important to maintain the reach, accessibility and innovation of which the NT is proud.”

Since 2016, amateur and professional instrumental groups have also been able to claim orchestra tax relief for performances. £6.6m has been paid out to 205 productions since the scheme’s introduction.

But Mark Pemberton, Director of the Association of British Orchestras, said that this figure was under-representing the number of performances benefiting from the scheme, because HMRC’s definition of a production can mean an entire series of concerts as well as individual events.

“We’re delighted that orchestras are now benefiting from this welcome and much-needed additional source of revenue,” said Pemberton. “It’s early days so I suspect the figures next year will give a more accurate picture of how many orchestras are using the scheme.”

Tax relief was also introduced last year for museum and gallery exhibitions, applying from 2017/18 onwards. There are no statistics on the scheme’s use yet, but a survey earlier this month by accountancy firm Scott-Moncrieff and charity Arts & Business Scotland indicated that three quarters of Scottish museums and galleries were not using it.