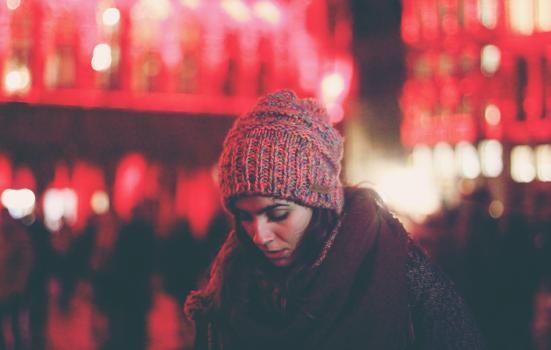 Concerns have been raised that performers are staying too far away from theatres
Photo:

A cross-sector alliance is urgently needed to address longstanding issues around the quality, availability and cost of accommodation for touring performers, according to stakeholders working in the performing arts.

As touring begins to return to pre-pandemic levels, performers are encountering problems securing affordable digs, forcing many to “dip into their own wages” to supplement their touring allowances, said Phil Barley, founder and owner of Theatre Digs Booker, Britain’s largest specialist accommodation agency for performers working away from home.

He said all stakeholders - including producers, venues, unions, arts organisations and hosts - urgently need to work together to solve the problem. “If everybody got behind it, it would be fixed,” he said.

Charlotte Bence, Equity’s Low/No Pay organiser, said that the union is working with members to produce a Manifesto for Digs based on the results of a survey conducted at the beginning of the year.

It will address problems around safeguarding and accessibility and aims to establish minimal acceptable standards for accommodation.

The problem with performers finding safe and affordable digs has been ongoing for more than a decade.

Barley founded Theatre Digs Booker in 2010, after struggling to find accommodation while touring as a performer. Digs lists provided by venues were often out of date and some had as few as eight options for a company of 60.

“I wanted it to be safer and better. We had people turning up in tears because they're checking into horrible digs or the digs are in a horrible place or their host weren't very nice,” he said.

His website provides photos, descriptions and maps to help performers find suitable accommodation. It relies on reviews to monitor quality but in many areas accommodation remains in short supply, particularly for those who don't want to rent a room in a host's house.

Self-contained accommodation on Theatre Digs Booker averages £277 per week across the UK, as opposed to £162 for a room in a shared house. It is also more likely to fall below expected standards because hosts “have much better options, commercially speaking”, he said.

Bence said the pandemic has exacerbated the shortage of affordable self-contained accommodation.

“There are a number of people who used to provide digs but now don't do so. There's also been the exponential rise of the numbers of people holidaying in the UK, which has driven up the costs of Airbnb and other platform rental sites,” she said.

Equity's survey found that 91% of members feel there are fewer options in terms of accommodation since the pandemic and that prices have increased.

Variation agreements put in place during the pandemic set the current minimum touring allowance at £265 a week. It has since increased to £300 a week.

“That £300 a week is much closer to where we need to be in terms of people being able to find somewhere safe, close to the venue, hygienic, decent facilities and so on.

"But it isn't the end of the road in terms of the conversation we need to have with UK Theatre,” Bence said, adding that as part of the negotiations for the substantive agreement, Equity “will be putting forward proposals on what the future of accommodation for touring workers needs to look like”.

A spokesperson for UK Theatre said that the organisation is currently in dialogue with “a variety of budget hotel and self-catered apartment groups, to see if we can negotiate special member rates, due to the volume of theatre workers staying in their towns and cities throughout the year during a tour”.

It is also in discussion with Theatre Digs Booker to establish a minimum standards checklist for appropriate facilities and behaviour, the spokesperson said.

Bence said that producers and venues need to accept responsibility for safeguarding performers, as their reluctance to help secure suitable accommodation “can leave people incredibly vulnerable”. Performers often subsidise the producer’s costs by paying out of their own pocket when the cost of accommodation exceeds their touring allowance. Those who choose not to can end up in dangerous situations.

“I think the scale of the problem at the moment is not as obvious to producers as it needs to be because a lot of them are not taking the responsibility that they need to be for the safety of their workforce when they're working away from home,” she said.

“We are aware of people who have been forced to stay further away from the theatre than they really should be... who have been attacked on their way home."

Almost a third (32%) of members surveyed by Equity said they are regularly unable to do the job to the best of their abilities because of issues around quality and safety and 19% said they regularly felt unsafe travelling to or from accommodation. More than half (52%) said they felt unsafe "occasionally".

They survey also found that 63% of respondents feel that employers do not think or care about wider safety issues and almost a fifth said that digs-related issues had impacted their mental health.

Bence said the burden associated with finding accommodation threatens the future of touring.

“The amount of time that people have to spend finding somewhere to stay can be hugely expensive and it can take a lot of time and energy, which is all of course unpaid labour,” she said.

“One of the things that I’m really concerned about is the number of people who are saying to me now that because accommodation questions are so difficult, they do not want to tour again.

“I think we could be looking at some quite significant problems if the question of accommodation isn't positively resolved for all parties.”

Richard Twyman, Artistic Director and CEO of English Touring Theatre, said that after extensive dialogue with freelancers who had toured with the company, in particular performers of colour, he was shocked by their experiences.

“We felt we just couldn't continue touring in the way that we had been. We had to start putting systems in place to protect people better,” he said.

The company has raised touring allowances to £400 a week for the next year to ensure that all performers can access safe and suitable accommodation. But for many companies the cost of upping allowances is unsustainable, he warned.

“It’s an issue that needs to be looked at not just from touring companies, but really from the entire industry, from Arts Council down,” he said.

He is part of a large coalition of performing arts groups that have worked together on the Anti Racism Touring Rider, a guideline document that seeks to lay out practical change for the industry.

Recommendations include paying touring allowances “well in advance” to allow performers greater flexibility when booking and asking venues to keep up-to-date lists of pre-vetted digs, managed by a dedicated member of staff who can serve as a point of contact with touring companies.

“What we're trying to do as a touring company is build up knowledge ourselves, but I do feel ultimately that knowledge has to rest with the venue,” Twyman said.

Although stakeholders agree that cross-sector cooperation is essential to solving the issue, Barley said that “to get mutual agreement in the theatre industry is very difficult.”

He is working on setting up meetings with Equity, UK Theatre and others to establish minimal acceptable standards that can be applied to all accommodation offered on his website.

“Our hope is that by gradually increasing the transparency, making it really clear to producers and venues when there's a shortage or when prices are starting to go over budget, then maybe that inspires them enough to do something about it,” he said.