Arts Council England warns that without extra funding, rising teacher pension costs could eat up to 10% of a hub’s budget in 2019/20. 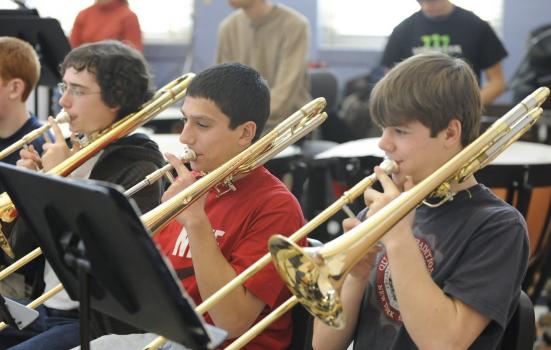 US Department of Education on Visual hunt / CC BY

The Government has set out plans that will protect its roster of music education hubs (MEHs) from potentially damaging increases to teacher pension costs, but only for the next financial year.

The increase will affect all establishments employing teachers. MEHs are due to pay the increased rate from April 2019, and schools and colleges from September.

In a now-closed consultation, the Department for Education (DfE) said it recognises the significance of the “pension pressure” and therefore intends to offer an exceptional grant of £830m to protect schools from the increased costs.

This will fully fund the 2019/20 increase in contribution for state-funded schools, MEHs, and teachers centrally employed by local authorities.

In a recently-published submission to the consultation, Arts Council England (ACE) pledged its support for the planned injection of funding, saying 70-80% of MEHs employ teachers that have signed up to the scheme. It notes that the increased cost could have a “substantial impact” on MEH spend – potentially costing as much as £100k in 2019/20.

“As the average annual grant amount for MEHs is £620,000, an additional cost of this size would have a seriously negative impact on their work,” the submission continues. “For example, £100,000 could fund 200 pupils to have intensive private music lessons for a year; provide vital equipment; or support thousands of pupils through events and whole class provision.

“Without the additional government support outlined, funding is likely to be diverted away from front-line delivery, remissions for lower income pupils and inclusion programmes intended to engage those from harder to reach communities.”

According to an annual survey completed by MEHs, Government funding makes up around 70% of their funding, meaning £100k expenditure is around 10% of a hub’s total income.

ACE also expressed concern that a failure to increase the funding could eventually disadvantage pupils in areas of higher socio-economic disadvantage by forcing MEHs to introduce price increases or schools to cut other elements of their budget – “potentially placing creative subjects and talent pathways (including those for music) at risk”.

The Association of Colleges (AOC) – which recently called for more school funding to ensure the success of the incoming T Level qualification – welcomed the funding increase but expressed concern that the grant is time-limited. It warns the education system will face a Teacher Pension Scheme in the coming years “which is unaffordable on current funding levels”.

“Increasing funding would obviously be preferable but even if it happened there would be other uses for the money,” a spokesperson added. “A better alternative is probably a review of the scheme rules to bring the costs down.”