Just 12% of respondents to a survey by SDUK had directed on a main stage in the country. 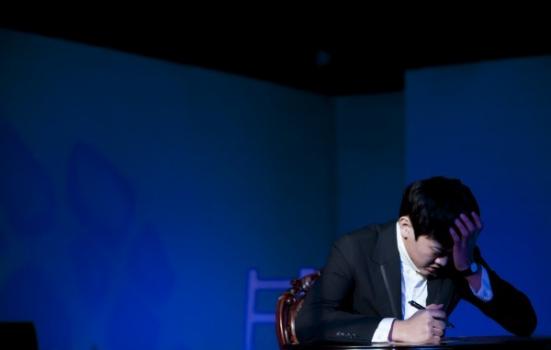 Theatre directors in Wales are faced with “unavoidable systemic issues” and most have not directed on a main stage in the country, according to the results of a new survey.

Commentary on the survey, which was conducted by industry body Stage Directors UK (SDUK), also expresses concerns about a general lack of pay and opportunities for mid-career artists to develop their practice.

“We know that arts funding is generally at a premium and that there are many deserving priorities. But the survey clearly points to a damaging and impoverishing lack of capacity around the job of director in Wales.”

SDUK estimates around 70% of freelance Welsh and Wales-based directors responded to the survey.

Although 80% of respondents said they had received work from Arts Council of Wales portfolio organisations in the past three years, the report author claims the picture behind the headline is “much less encouraging and in some cases troubling”.

Most of the directing opportunities were support for research and development that didn’t go into full production, and 88% of respondents had never had an opportunity to direct on a main stage in Wales.

“It is worth emphasising that many of the respondents were extremely experienced and, in some cases, award-winning directors with an acknowledged track record of work,” Harris added.

The results also show that, of the 12% who had directed main stage work in the country, some were specialist opera directors with the Welsh National Opera and one was an artistic director producing work they themselves had commissioned.

Although the proportion of respondents who had directed work in studio spaces was higher (55%), Harris expressed concern that these opportunities – usually seen as formative – are not more widely taken up.

Other concerns raised include that some respondents had only directed work they produced themselves. Harris said: “One can only speculate about the financial consequences of this.”

Similarly, although 39% of respondents had found opportunities assisting other directors, some had done so without pay.

“The opportunity for mid-career and established directors to develop their practice through working at different scales or within more specialist areas was rare to non-existent,” Harris said.

What can be done

Nick Capaldi, the Chief Executive of the Arts Council of Wales, has promised to look at any evidence provided and to “consider what can be done”.

“Not everything involves large sums of money,” Harris added.

“But if we are to address talent development, the inter-connected needs of the small, medium and large scale, the lack of succession amongst artistic directors, the debilitating level of fees and the lack of freelance opportunity, we need to start with the kind of evidence this survey presents and move quickly to a new approach.”