A Government-commissioned report has found evidence that culture, sport and heritage influence local place-shaping and help attract and retain businesses. 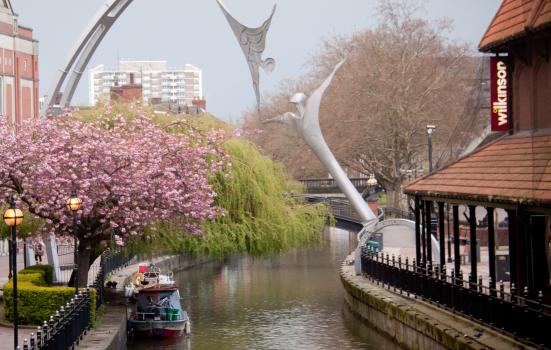 The importance of culture, sport and heritage organisations to local economies has been highlighted by a new Government-commissioned report.

The “highly exploratory” study concludes that culture and heritage are “important influencers of place-shaping,” and can help attract and retain businesses both within and outwith major urban centres.

Part of the DCMS-led Culture and Sport Evidence (CASE) programme, the research study focused on the evidence gap around an empirical link between culture, sport and heritage and positive economic outcomes, both in general and specifically for the creative industries.

Following a literature review and data collection exercise, researchers at Trends Business Research, NEF Consulting and Middlesex University created econometric models to investigate the culture, sport and heritage ecosystem in England from 2003 to 2013.

The study was the first of its kind to test these relationships on a national scale but at the local level.

The findings demonstrate “positive and strong relationships” between investment in culture, sport and heritage and positive economic impacts for local places, although the report notes that the precise mechanisms through which this influence is exerted require further investigation.

The study focused on the role investment in culture, sport and heritage plays in ‘place-shaping’, which it defines as a “more holistic approach” than placemaking, involving the use of creative powers and influence to promote the general wellbeing of a community. This includes better health, high amenity value, good job opportunities, high business performance, low crime, good educational attainment and community cohesion.

A strong culture and heritage offer was shown to help attract and retain businesses to an area. “Where there are high densities of theatres, museums, monuments and so on, we tend to find concentrations of economic activity,” the report notes. This was found to be true of non-major urban areas as well as major urban areas, suggesting it is “not simply a reflection of general urban agglomeration effects”.

The CASE programme is a joint programme of strategic research led by the DCMS in collaboration with Arts Council England, English Heritage and Sport England. The study intends to be the first step towards a deeper understanding of the extent to which – and how – investment in culture, sport and heritage can generate positive economic and social outcomes, and how they contribute to the intrinsic benefits of cultural value.