The strategy, being developed in the wake of the city’s failed City of Culture bid, will renew a commitment to the arts, including a greater emphasis on social prescribing. 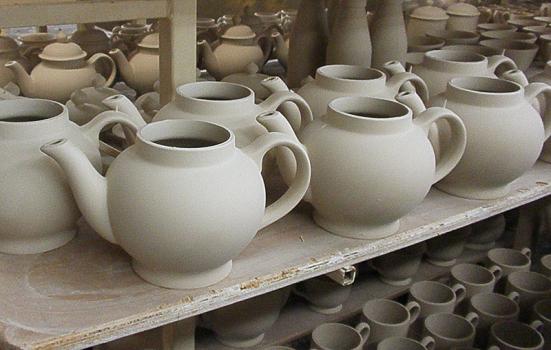 Stoke will build on its reputation as a home of pottery
Photo:

Stoke is preparing to unveil its first culture strategy since 2008 to build on the momentum generated by its bid become UK City of Culture 2021.

Paul Bailey, Cultural Development Officer at Stoke City Council, told AP that the strategy - due to be published in October – would focus on strengthening the funding base for the city’s arts sector and developing links between arts organisations and the healthcare sector.

It will aim to “change the story about Stoke” and “enable all citizens to benefit from culture in the city,” said Bailey.

“We were looking for something to galvanise the cultural sector, which had been fairly fragmented before the bidding process,” he continued. “People are now talking with a single, shared agenda. It’s about harnessing the energy, optimism and enthusiasm generated over the last two years and driving that forwards.”

The strategy, which will be put out for public consultation in October, has four areas of focus:

Bailey explained that the Cultural Capital strand would involve a greater commitment to social prescribing, where medical professionals prescribe activities, including the arts, as an alternative to drugs. The practice was recently backed with £4.5m by Health Secretary Matt Hancock.

There will also be an increased focus on collaborations between education and the arts, following on from recent work by the British Ceramics Biennial using clay and pottery in schools.

The strategy will likewise build on the existing Arts Council England-backed programmes, Appetite and Artcity, which aim to increase arts activity and participation in Stoke.

Stoke has already brought together a team of cultural champions, drawn from the 140 artists and cultural workers on the city’s Cultural Forum. Six people will represent the city’s six towns – alongside a seventh representative for heritage. They will serve as the public face of the cultural strategy and help make artistic projects more accessible to the local population.

Bailey said that the Council didn’t want to develop a new strategy until there was something to “hook onto”, which came in the form of the City of Culture bid. Stoke was one of five cities shortlisted for the title, which was awarded to Coventry. Despite not gaining the accolade, Bailey described the process as a “win-win”.

“It would’ve been great to win the award,” he said, “but to my mind we’re winning anyway because we’re developing a fantastic cultural strategy and we’ve seen the sector brought together during the process.”