Spending on public art grows but employment is down

Private sector money aligned to public sector policy has been a catalyst for some growth in the market. 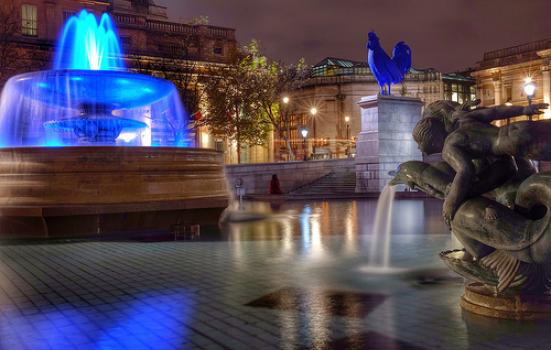 The ixia Public Art Survey 2013 has highlighted a marginal increase in funding for the public art sector, which saw the value of work rise from £55m in 2012 to £58m in 2013. But the figures mask a decline in the number of jobs in the sector and falling artist fees. During 2013, at least 880 people were working in the public art sector in a full-time, part-time or freelance capacity: a fall of 10% from 2012, and a fall of 32% from 2011. There has also been a 30% decline in the number of consultants working in the sector since 2012.

This fall in employment whilst the market appeared to grow is partly explained by ‘economic lag’ linked to the recession – the allocation of funding which has not yet been spent. But it also reflects an increase in the proportion of larger projects – especially around the Cultural Olympiad, where production costs were proportionately higher than artists’ and project management fees. Overall, the age profile of the workforce continued to rise slightly. Since 2012, the proportion of those in the 25 to 44 age group decreased from 38% to 35% of the total, whilst those in the 45 to 64 age group increased from 56% to 58%. The survey continued to show a predominantly female workforce, with the female age profile being distinctly younger than the male age profile.

The main driver for public art continued to be private sector money aligned to public sector policy. Financial analysis is complex as projects commonly take place over several years, resulting in varying degrees of economic lag from the allocation of funding for a project through to the commissioning of an artist and the completion of a project. Over the three years from 2011 to 2013, the overall value of the public art sector was around £167m, of which £90m was raised via the capital budgets and planning agreements generated by local authorities. Their spend on public art increased from £29m in 2012 to £37m in 2013. The recovery in the housing and development sectors and the inclusion of cultural well-being and public art within national planning policies are identified as contributing to more funding and opportunities for public art at a local level, something which should filter through to artists over the coming years.

As in previous years, the dominant characteristic of the sector was its non-institutional and fragmented structure, encompassing a variety of disciplines, a diverse range of public and private sector organisations and a wide range of work and employment contexts. Socially engaged practice and art and architecture remained the most typical forms of public art projects, with outdoor arts and events-based activities showing a steady growth in popularity.