Specialist arts colleges among the most elitist in the country

Two arts institutions accepted a lower proportion of students from a state school background than Oxford or Cambridge last year. 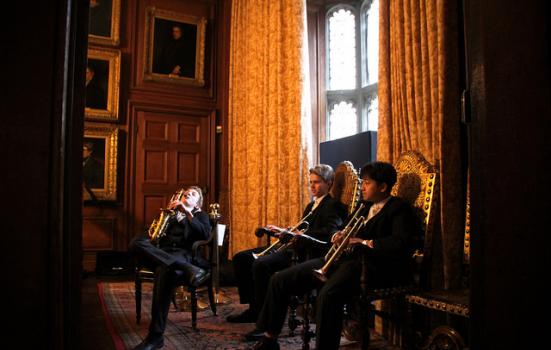 Three specialist arts institutions are amongst the ten higher education providers in the UK most likely to favour privately educated young people over those educated in state schools, with two demonstrating a lower level of accessibility than Oxford or Cambridge.

By comparison, the Universities of Oxford and Cambridge accepted 58% and 63% of students from state schools respectively in 2016/17. According to research by the Independent Schools Council for 2016/17, just 7% of UK children go to independent schools at any one time.

New data released by the Higher Education Statistics Agency reveals state school students made up 90% of UK entrants to full-time undergraduate courses in 2016/17. However, half of the 16 specialist arts institutions that participated in the research took less than 90% of their new students from state schools.

Six of these institutions were in London, and the majority focused on music, or music alongside dance or drama.

The findings follow comments by the Musicians Union that current music education provision in the UK is “a disgrace” and is not accessible to young people from certain socio-economic backgrounds.

The eight specialist arts institutions that accepted less than 90% of their new undergraduate pupils from state schools were:

At the other end of the scale, institutions specialising in the visual arts were more likely to be representative: Plymouth College of Art, Leeds Arts University, Norwich University of the Arts and Farnham’s University for the Creative Arts all had a new student cohort that was over 95% from a state school background.

Commenting on the relatively low proportion of students from state school backgrounds at the Royal Academy of Music, journalist Paul Mason wrote on Twitter: “Tell me class doesn’t exist in Britain... music, like acting and journalism was once a route upwards for working class kids.”