The partnership will afford more stability to both organisations as they aim to create "one of the most accessible and creative venues in the country". 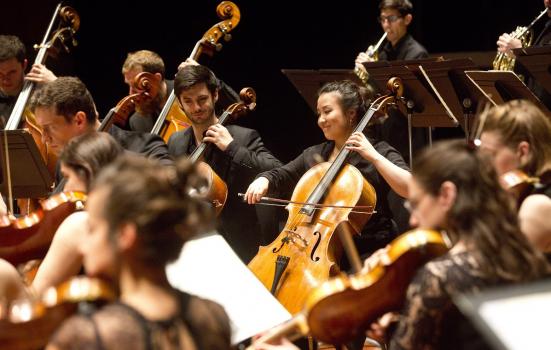 Southbank Sinfonia and St John's Smith Square will merge in a bid to provide "a stable foundation on which to build a future".

The organisations this week announced their partnership plan, which gives a permanent home to the youth orchestra, currently based at St John's Waterloo, and adds more resources and regular programming to the concert hall.

This is the second major merger for the cultural sector in recent weeks, following that of HQ Theatres and Trafalgar Entertainment.

SJSS was one of the first concert halls to reopen for business after the first lockdown, with recording and streaming since June, and public concerts - including pilot performances for DCMS - until London went into Tier 4. The organisation received a £227,000 Culture Recovery Fund grant in October.

Southbank Sinfonia was operating behind closed doors through the autumn and is active again now. It will be presenting streamed concerts through to mid-May, when it is aiming to welcome audiences again.

Heason said that while the pandemic "obviously changed the prospects for everyone", neither organisation was at risk of failure: "I don’t deny it would have been hard - it is for all arts organisations - but we weren’t facing a precipice or similar."

"Whilst we’ve received help [at] both organisations it’s at a relatively modest level compared to many of the other orchestras and venues.

"Both organisations could continue to operate independently. However, we realise that both organisations have much in alignment from the outset and it doesn’t take much imagination to see that by pooling our resources and creative energy we can probably achieve significantly more than either of us could do on our own."

Welcoming the orchestral fellowship programme into the venue would place emerging talent at the core of the organisation and "guarantees the future of our musical heritage," Heason added.

Southbank Sinfonia Chair Duncan Sutherland said the merger aims to create "one of the most accessible and creative venues in the country", and Over said now is the right time to make the move.

Heason told ArtsProfessional SJSS has made significant financial strides since 2017, when it was running at a deficit and undertook restructuring.

Its most recent financial records show a £155,824 loss in 2019. Auditors said difficulties securing development income had "given rise to a very serious financial situation" and that the impact of Covid-19 could spell the charity's closure.

But Heason said this instability was not unusual: "SJSS has had a structural deficit for as long as I've been involved".

"At the point of the onset of the pandemic we were actually trading to a surplus - a small one, but a surplus nonetheless - and had managed to almost double the revenue stream from commercial rentals without compromising the artistic output, I think, in any way."

The organisation had been investigating new potential partnerships for a few years, but the merger with Southbank Sinfonia arose from an informal September discussion between a trustee from each charity.

"I immediately responded that I thought it had huge potential and phoned the Chairman of Southbank Sinfonia for an initial chat the following day," Heason said.

"The rest, as the saying goes, is history."

Southbank Sinfonia at St John's Smith Square aims to use the "enthusiasm" generated by the merger to build additional activity.

Both partners have room to grow. SJSS's annual calendar is about 250 days, while the Sinfonia operates roughly three days a week, 40 weeks per year.

As well as consolidating their finances, SJSS and Southbank Sinfonia will create a development and fundraising group with an eye towards investing in the concert hall building.

"This has long been an aspiration – we now have the resource to realise it," Heason said.

They also hope to increase their revenue through venue hire, private events and location filming.

The orchestra's outreach and education work and Rush Hour concert series will continue, with a first livestreamed show on April 15, as will SJSS' regular Christmas concert, Holy Week Fesitval and London Festival of Baroque Music.