Arts organisations in the new Poole, Bournemouth and Christchurch city region have backed a new long-term enquiry into placing culture at the heart of local life. 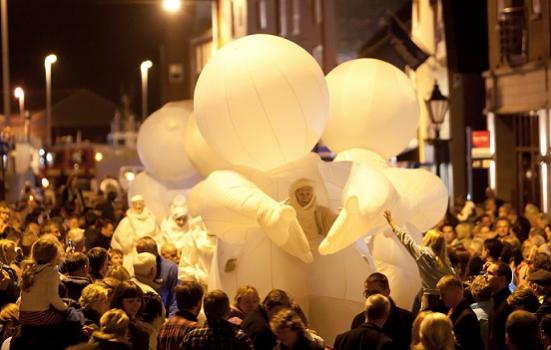 Inside Out Festival, Poole
Photo:

Inside Out Festival Dorset

Three towns in the South West have banded together with a consortium of arts organisations, universities and administrative bodies to plan a new long-term cultural vision for the UK’s newest city region.

Ahead of Bournemouth, Christchurch and Poole’s (BCP) local authority merger in April 2019, the councils have joined up with stakeholders including Bournemouth Symphony Orchestra and Lighthouse, Poole’s Centre for the Arts, to launch a new cultural enquiry exploring how to place culture “at the heart of communities”.

The project will include setting out a framework of investment for the next 10 -15 years and articulating the benefits of a cultural strategy to people, places and businesses in the region.

Arts Council England (ACE) Chief Executive Darren Henley said the enquiry presents a “unique chance” for culture to be central to the area’s strategy and sense of place, reportedly telling the audience at the launch event that the region could be known in the future as “England’s creative coastline”.

The enquiry is jointly funded by the eight major partners – which also include Arts University Bournemouth, Bournemouth University and Dorset Local Enterprise Partnership – and match-funded by ACE. It will be carried out by Tom Fleming Creative Consultancy, which has previously developed cultural strategies for Eastbourne and Doncaster.

The initiative aims to engage with stakeholders to develop arts and culture opportunities, and will include:

Stuart Bartholomew, Chair of the Cultural Partnership and Principal and Vice Chancellor of Arts University Bournemouth, said the new BCP authority holds a “unique and enviable set of cultural assets”. “They not only improve broad social wellbeing, they are major contributors to the economy,” he said.

“This cultural enquiry will develop a longer-term vision of the role arts and culture can play in social and economic development as well as contributing to the high levels of ambition we share for a new city region.”

The team organising the enquiry tweeted that culture is the “first focus area” for the new BCP region, meaning it is core business and “not an add on”.

An interim report will be produced in June, before a final report is delivered in October.