South West lost out on grants for artists

London bore the brunt of cuts to Arts Council England’s open access ‘Grants for the Arts’ scheme, while an associated funding redistribution favoured the South East. 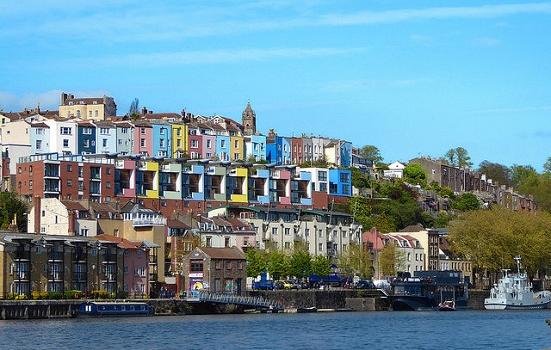 Artists in the South West failed to benefit from an Arts Council England (ACE) pledge to redistribute Lottery funding from London to England’s regions.

The value of G4A funding in the North also fell, but only by £86k, and its share of all G4A funding rose slightly.

The Midlands saw a £213k increase in its G4A in funding, and an increase in share of 1.4 percentage points.

Over the same period, the value of G4A awards in London fell by £5.5m. By the time the scheme closed in 2017/18, just under a quarter of this stream of project funding was distributed in the capital compared with 30% four years earlier.

The cuts to the capital’s funding were in response to a 2014 Select Committee inquiry that found “a clear imbalance in arts funding in favour of London… is unfair on tax payers and lottery players in other parts of the country, as well as limiting access to cultural opportunities and enjoyment across the country…”. At the time ACE said it was taking action to redress the balance, but the committee called for the pace of change to be “much faster than it has hitherto been”.

In 2015 ACE made a public commitment to increase the spend of lottery funds outside of the capital to 75% (from 70%) by 2018, including G4A.
ACE has never specified targets for its different areas or funding streams, though former ACE Chair Sir Peter Bazalgette told the Select Committee that the open application Grants for the Arts fund – one of few ACE programmes that was available to individual artists – would grow.

An ACE spokesperson explained to AP: “Grants for the Arts…was an open-access, rolling, funding programme so the awards granted were based on the applications we received. We regularly run advice sessions on our funding schemes to encourage applications, however the number and quality of applications received from any Arts Council area will fluctuate over time, and the grants awarded will reflect that.”

But this fund is stretched much thinner than its predecessor. Now available to museums and libraries as well as artists and arts organisations, it includes £14m reserved for “nationally significant and national touring projects of over £100,000”. National Portfolio Organisations – previously ineligible for G4A funding – are also able to apply for certain activities.

2018/19 figures will be available shortly, but an ACE spokesperson told AP that by 11 March 2019, the combined total for G4A and NLPG awards in the South West Arts Council area was £11.1m. If the year-end figures are similar, and the £97.3m budget is spent, this suggests the South West’s share of Lottery project funding could fall from 13.5% to around £11.4%.

This was an interesting read and thank you. One thing it bought to mind is the attitude of ACE towards areas it gives money to. Here in Somerset we held a 'Culture Pays' conference where Sir Peter Bazalgette did a talk; among others. At this event it was clear that ACE ‘do not invest in areas that do not invest in themselves’. This kind of makes sense as it ensures that ACE investment is supported but does not reflect the National Lottery policy of giving to areas that need it. Here is Somerset the council pulled 100% funding over a decade ago, and though it wasn't very much back, it has never re-invested a budget for arts and culture. So, under the unwritten rules that ACE have (‘do not invest in areas that do not invest in themselves’) we can never get ACE to support our county because our council doesn't. As a social enterprise providing arts and culture services we have managed to achieve some funding through the National Lottery direct, who don't judge us on whether we have investment or not or on where we live. Should ACE be doing the same? Is this lack of South West investment in your article due to this reason? Do ACE have an unwritten rule that they don't publicly declare about 'we won't invest in areas that don't invest in themselves'? Now in 2019 with museums and libraries included in the funding mix for ACE we will see even more unwritten rules for ACE. For example, most museums and libraries are owned by councils and councils will always protect their buildings and invest in these. Under the rule of 'we won't invest in areas that don't invest in themselves' we will see ACE giving more money to libraries and museums as the council gives them money, while those that don't have the luxury of council funding will suffer even though they are needier for support. How can we change ACE's policy to adopt the same principles as the National Lottery? Do they want to? Whatever the uphill climb may be for areas without funding from council's, it is clear that 'elitism' may have found its way to ACE's funding rules and though they will claim 1 or 2 NPO's for an area like Somerset, or giving small grants to practitioners that are only worth a couple thousand pounds, it is not helping to build the infrastructure we need to develop arts and culture or supporting those in need to which the National Lottery was designed to do.

Tuesday, 28 January 2020
Trade organisations are celebrating the Government's decision to cut business rates for small and medium-sized grassroots music venues by 50%. The announcement, which tallies with a pledge in the... read more

Two West Yorkshire schools decided to put the arts at the heart of their curriculum. They found different challenges – but had similar...