The growth of online sales has expanded the craft market and provided more opportunities for disabled people, but fears are growing over the impact of Brexit, rising costs and competition forcing prices down. 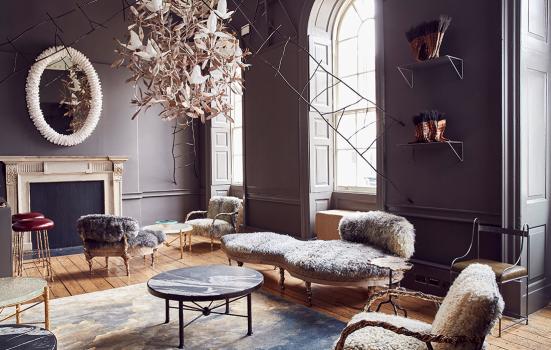 The strength and growth of interest in British craft indicates the maturing of the market, according to a new landmark report analysing the market for craft, and how this has changed over more than a decade.

The findings reveal there is a new generation of savvy younger craft consumers coming through who “like collecting and know what they want”, and that online buying is opening up many new opportunities, but equally creating challenges. The report concludes that, as craft becomes more mainstream, it’s time for a new approach to economic development to rebuild the market for craft.

The report, The Market for Craft, was commissioned from consultants Morris Hargreaves McIntyre by the Crafts Council and Partners*.

It estimates that 37.7m people in the UK now buy craft objects and the value of craft sales has grown from £883m in 2006 to over £3 billion in 2019. Online sales are the channel of choice for around a third of UK buyers – around 10.3 million people.

In a significant shift since 2006, when an earlier report covering similar ground was published, almost a third (32%) of today’s buyers are aged under 35 – making this demographic the biggest craft buyer of all.

The report links the growing popularity of craft to this and other changing trends in society more generally. As well as growing public “desire for authenticity”, there has been a move towards investment purchases over throwaway objects, more interest in ethical and sustainable consumption, and a preference for supporting small businesses.

These trends have coincided with the growth of e-commerce, which has created more digital selling platforms and expanded routes to market for makers, at the same time making it easier for buyers to search for and purchase objects. There are now more than 220,000 active UK sellers on the US e-commerce platform Etsy, and a further 9,000 on the British online craft hub Folksy.

E-commerce has also opened up international markets and highlighted the export potential of the sector. The report says 2.5m people in New York and 1.7m in Los Angeles have purchased craft from a UK-based maker, and an estimated 6.9m across the two locations are likely to buy UK craft in the future, representing a significant untapped market.

Also related to the growth of online sales is the benefit that makers no longer have to rely on a third party, studio or physical presence to be able to sell their work. This has led to the sector becoming “more democratic” and the proportion of disabled makers has more than doubled since the 2006 study: over a quarter of makers in 2020 have a disability. But it is no more representative than it was in terms of ethnicity and gender. The proportion of Black and minority ethnic makers remains unchanged at 2–4% and three quarters of makers identify as female.

Among the threats facing makers is the downward drift in prices over the past 14 years. Contrary to general price inflation, the average price per object purchased is now £124, having decreased from £157 in 2006. This is attributed to “more egalitarian market conditions and fewer barriers to entry for makers”. The report concludes: “This means that the challenges faced by Master Craftspeople and Established Makers at the higher end of the sector remain similar to those identified in 2006 – they still need to differentiate their skill to justify their higher prices.”

Technology produces other challenges. While 42% of professional makers had their own website in 2006, that figure had risen to 68% by 2020, with Master Craftspeople and Established Professional Makers more likely still to promote and sell their work through this channel. But while the use of technology is common, more training, advice and support is needed to help makers use it more effectively. Sellers like Amazon have created high expectations for customer service and ease of buying that are difficult for makers to compete with.

More worrying still is the prospect of post-Brexit international trade. A quarter of makers surveyed said it had already had an adverse impact on their business, and 22% fear for the future. Rising costs of materials and shipping are a particular concern, as is the loss of commissions from international and private clients.

The report is based on research among 5,000 UK residents, 1,500 US citizens and 1,700 professional makers, and was conducted before the COVID-19 pandemic. But it has been supplemented by a further Crafts Council survey carried out among 573 UK-based makers post lockdown.

This research found that the current pandemic has fuelled the growing craft trend. The BBC’s Great British Sewing Bee has been moved to a prime-time BBC TV slot and attracts audiences of close to 5 million, and sellers of craft supplies for the domestic market are seeing a surge in sales. 20% of British consumers said they would pay to attend a craft workshop, and many have been turning to online tutorials and craft kits to learn a new skill while they have more time at home.

Rosy Greenlees, Executive Director of the Crafts Council, sees the report as providing the evidence needed to understand how the craft market can be best stimulated and supported. She said: “Our first step will be translating the findings into actionable learnings for the craft sector, helping them build a richer picture of different consumers and their habits and interests in order to help grow sales.”