Suggestions about how to improve funding opportunities for small and regional arts organisations have been submitted to the Culture, Media and Sport Select Committee. 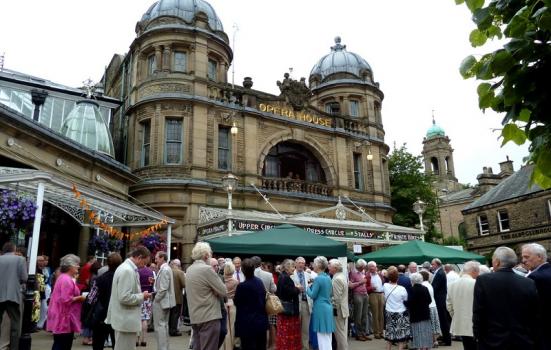 Opera audience at the Buxton Festival

Arts figures have spoken out to MPs about the difficulties facing small and regional arts organisations, and offered suggestions as to how to improve the situation.

In a written submission to the Culture, Media and Sport Select Committee, Artistic Youth Director of Only Youth UK Nicholas Brown said: “It is becoming extremely difficult for smaller cultural organisations (like mine) to gain funding.”

His comments were supported by the Chief Executive of Worcester Live, Chris Jaeger, who wrote: “[Regularly funded organisations] are getting fewer every year and life outside the chosen few in incredibly difficult.”

“Life has become very much more difficult accessing Lottery Funding,” he added. “When the announcement that the Olympics were coming to Britain came, Lottery funding virtually dried up for the arts overnight, and it has not hugely improved since then.”

The Countries of Culture inquiry is examining the current funding situation for cultural sectors in the regions. It is taking forward issues that arose at a previous inquiry into the work of Arts Council England, which found that “London has long received a disproportionate share of arts funding”.

The committee received 57 written submissions from people working in the arts, universities and funding bodies. It has also held oral evidence sessions with academics, former Director of the British Museum Neil MacGregor and representatives of Arts Council England and the Heritage Lottery Fund.

A representative of Buxton Festival used their submission to point out that many local councils fail to identify the full social and economic impact of the arts. “Local councils continue to view the professional arts as a community activity, offering low levels of financial support from a Community Services budget,” they said.

Any regional disparity in local authority arts funding could get worse, according to a representative of the University of Sunderland. They warned that the Government’s decision to cut local councils’ Revenue Support Grant and make it up via the retention of business rates income may intensify the situation: “There is a clear danger that better off areas will do better as their already strong and mature economies will generate more revenue,” they said.

Brown proposed a solution to the inaccessibility of funding for smaller cultural organisations: “I believe that lottery funding should be re-allocated to local panels who decide how the cultural budget is spent.”

“There should be a level of simplification for funding options,” he added. “We should link together funders so that there is more clarity between funding options through one single accountable funding organisation. This funding organisation would then be able to use local panels to decide where the money goes. In my opinion this would increase the accessibility to funding for smaller cultural organisations and would enable the cultural sector to prosper and grow.”

Another suggestion to improve the funding situation came from Buxton Festival. A representative said: “The cultural sector should be encouraged and enabled to more fully exploit commercial opportunities alongside, and in support of, the cultural offering.”

Gavin Stride, Chief Executive of Farnham Maltings suggested that Arts Council England’s National Portfolio Organisations (NPOs) could help rebalance arts provision. He said: “There is a particular challenge to ensuring the arts thrive in market towns that are too small to sustain an arts centre but too large to benefit from the community network of a village. This is a challenge that cannot be solved by trying to thinly spread arts provision everywhere but many NPOs could do more to take work outside their buildings and exploit their best work by touring or sharing that success.”

This suggestion was supported by Bill Cotton of Bournemouth Borough Council, who said: “National cultural organisations based in London should be encouraged to undertake partnership working in the regions to spread and share their resources and expertise.”

The committee will be holding further evidence sessions with key figures over the coming months and plans to publish a report in the autumn.