Arts organisations in Bath have consistently leveraged three times as much financial support from other sources as they have been granted by the local council, new data reveals. 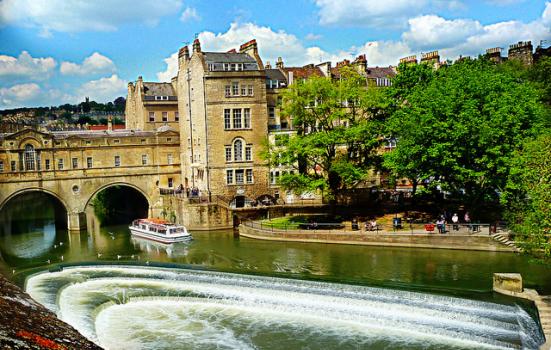 Further evidence of the drastic impact of cutting local authority arts budgets has been revealed in new analysis of the amount of additional money lost when council funding dries up.

Over the past 12 years, arts organisations in Bath have consistently attracted three times as much investment in culture from other funders and donors as they have received from the local authority – and the ratio has held firm as the council has cut its annual contribution by more than half over the past decade.

This suggests that the real impact of cutting local arts funding is considerably worse than what the headline figures show: while direct council funding in Bath fell by £285k between 2006/07 and 2016/17, the overall reduction was much larger, at around £1.1m.

The Bath and North East Somerset (B&NES) Council financial data, analysed by AP, was obtained by local campaigner Luke John Emmet under freedom of information laws. It shows that investment in local arts organisations – not including the council-run Victoria Art Gallery – has totalled £4.5m over the past 12 years, with the amount falling every year from a high of £500k in 2006/07 to £211k in 2016/17.

The total funding leveraged has followed the same trend, more than halving between 2005/06 and 2016/17, and hovering around an average of 3.2 times higher than the amount invested by the council. The highest ratio was in 2016/17, when Bath’s arts organisations attracted 4 times more in investment than they were granted from the local authority.

The number of organisations supported with council funding fluctuates, but works out at an average of 23 per year. Funded organisations in recent years have included Bath Festivals, Theatre Bath, and the Museum of East Asian Art. Leverage is defined as income from other grants and donations either directly or indirectly enabled by B&NES investment, from sources such as Arts Council England. It does not include earned income.

The council stresses that the total leverage figures are self-reported, but confirms that the methodology has remained consistent across the time period.

In fact, the actual amount of additional funding may be higher than stated. According to Emmet, some organisations had access to funding from local businesses and other charities, which may not have been included in the data.

Cuts to the arts in Bath include the council’s decision to scrap its arts grants programme last year, aiming to save £433k, and its recent announcement that it would be axing its arts development service in 2019. Commenters in the city said they were “furious and ashamed” by the latter decision, which would only save £78k and cause two redundancies, and that it would leave a “massive skills gap” at the council.

“From my point of view it just shows the real economic impact of the cuts,” Emmet told AP, reflecting on the new data. “They just don’t make sense on paper. Not when the council is only saving £78k plus the cost of two salaried posts per year. Especially at a time when they’ve wasted £3.2mil on a failed park and ride to the east of Bath upwards of £25k for their planned library merger and however many thousands for one of several judicial reviews they’ve lost against residents.

“It seems madness to cut something which actually brings money into the economy. Now we have the proof of that they have nowhere to hide really.”

Responding to these claims, a B&NES Council spokesperson commented: “The council has financially supported many arts organisations over the years, but as a result of budget pressures difficult decisions have had to be made. In the last three years, children’s services and adult social care costs have risen from 66 per cent of the council’s budget to 81 per cent.

“To continue to fund the arts would impact on the care given to the most vulnerable people in our community.”

Thursday, 09 July 2020
Executive and administrative assistants in the cultural sector are a vital but overlooked section of the workforce, according to researchers at the University of Oxford who have produced a report,... read more

Thursday, 09 July 2020
A new research project is set to “explore and demonstrate the role of innovation, collaboration and participation in shaping cultural experiences during the current pandemic”. The aim of the project... read more

The collective seeks to influence decision makers and put race at the forefront of the sector’s recovery, but the Arts Council of Wales...