‘The shackles are removed’: arts sector responds to Harry and Meghan's decision

Cultural sector figures question the benefits of royal patronage and consider whether the couple's departure from senior royal duties could allow them to speak more openly about discrimination. 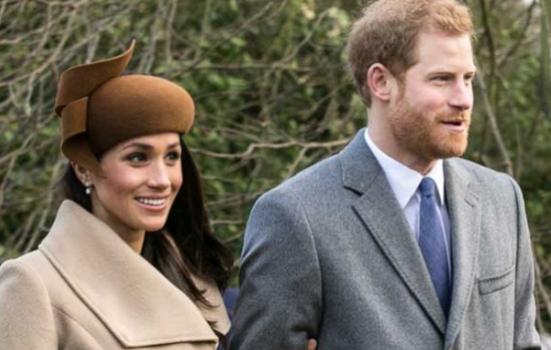 Will stepping away from royal duties give the couple more freedom to support diverse causes?
Photo:

The Duke and Duchess of Sussex could be free to speak out more openly against discrimination after stepping away from their senior royal responsibilities, according to cultural sector figures.

The Duchess of Sussex is royal patron of the National Theatre and Prince Harry holds the same position for the Silverstone Experience motorsport museum. The couple have a record of supporting other arts initiatives: their second public outing included a visit to the south London radio station, Reprezent 107.3 FM.

The Sussexes said they will continue their patronages, but the exact details of arrangements following the announcement remain uncertain. Some have called for the pair to be stripped of their royal titles: journalist Piers Morgan said they should be immediately dispatched “back into civilian life” and the Sun newspaper has said that the couple’s taxpayer subsidy and titles should end if they want to stand down from their roles.

Michelle Wright, CEO and Founder of charity consultancy Cause4 said that charities generally see royal patronage as a “seal of approval” and benefit from the higher profile it creates. But its potential boon to fundraising efforts must be weighed against the costs of staging events and liaising with royal officials.

Moreover, the importance of a royal association is less important to younger generations, Wright said: “Older donors are more impressed with a royal connection and enjoy opportunities to attend an event with a royal patron or at Buckingham Palace. However, research shows that most donors are driven by a personal connection to a cause, and younger donors are less inspired by royal involvement.

“When comparing the effectiveness of different forms of fundraising, special events, such as a visit or party with a royal, generate less than half the amount raised through other fundraising channels – such as legacies and committed giving. And, just like a celebrity endorsement, there is a risk of a celebrity or royal patron falling out of public favour, potentially damaging the charity’s reputation by association.”

Harry and Meghan’s decision could give them more freedom to support controversial causes, Wright said.

"The royal family can bring awareness to potentially uneasy topics and Princess Diana is still referenced and revered for her work with Landmine and HIV/AIDS charities. Perhaps Harry and Meghan will be free to reach out on behalf of more controversial causes?

“[The] most valuable celebrity patrons are those that have a connection to the cause. Prince Harry’s support for child bereavement, mental health and injured veterans causes all make sense. And the Duchess of Sussex has been clear about her commitment to female empowerment, which will undoubtedly continue. Her own background, so different from the other royal family members, opens her up to many causes that might not have featured in royal patronage in the past.”

Wright added that the couple’s continuing celebrity would make their involvement worthwhile for any charity but cautioned that “celebrity engagement comes with risk”.

“Whilst engagement with royalty has until now been largely risk free, that is no longer the case.”

Matthew Xia, Artistic Director at the Actor’s Touring Company, said the move was more likely to benefit than harm the couple’s advocacy. “I think Meghan remains an advocate for diversity,” he said.

“With regard to the National Theatre in particular, I’m not sure it needs profile-raising,” said Xia. “Regarding the general advocacy of the causes she stands behind, I think she’ll be able to continue to do that. She’s not going to stop being a public figure, I don’t think you can wish that away. In a way, maybe the shackles are removed, maybe the censorship is less harsh, maybe she can say a little more what she would like to say.”

Xia continued: “I think it is no small thing for them to step away from royal responsibilities knowing she has been bullied and harangued by the gutter press, which remains institutionally racist and misogynist. This feels like a clear response to that.”

He added: “If anything, their focus and their power, in terms of supporting and advocating, can only be strengthened by slightly cutting ties.”

Marcus Ryder, a diversity champion and former BBC executive who now works for Beijing-based financial news publication Caixin Global, stressed it was important for the UK cultural sector not to lose the support of the Duchess of Sussex. He said having ‘allies’ in influential positions was “absolutely vital”.

Ryder gave the example of the support he received from diversity campaigner Simon Albury, which was crucial to Ryder being appointed to his former role as diversity chair at the Royal Television Society, when Albury was Chief Executive there.

Ryder said that people with lived experience of discrimination “notice things that other people might not notice”. He said Meghan had been at the “sharp end of media reporting” and noted that Prince Harry had recently spoken out about racist behaviour and its roots in unconscious bias.

“I really hope Meghan doesn’t stop supporting arts institutions,” said Ryder. He added that it would be a “dream” if the Duchess used her profile and experience to “more actively champion diversity in the media” after stepping away from senior royal duties.

Alexis Paterson, Chief Executive of Three Choirs Festival that rotates between Hereford, Gloucester and Worcester, said the royal patronage her organisation receives from Prince Charles and the Duke and Duchess of Gloucester was “one of the many ingredients of the character of the festival”.

“They’re active patrons for us in that they attend the festival when they can; they’re really supportive in that sense. The Prince of Wales is well known for his love of orchestral music and choirs and he always thanks the performers, which I think is really nice. There are always a lot of people who line up for the opportunity to take a photo and meet him.”

Paterson said the patronage is an “intangible benefit” for the festival. Many enjoy Prince Charles’ introduction in its annual programme book, and an invitation to play at Buckingham Palace for the festival’s tercentenary in 2015 was an opportunity not only to “put on a festival in that amazing space but also to invite longstanding volunteers and people who dedicate their time to keeping the festival alive and vibrant”.

But she said it was impossible to know how royal patronage affected their fundraising efforts. “We consider it a privilege and an honour – whether or if it translates into an income stream, I don’t know.”

A spokesperson for the National Theatre told ArtsProfessional that the Duchess of Sussex would be continuing as royal patron of the organisation.