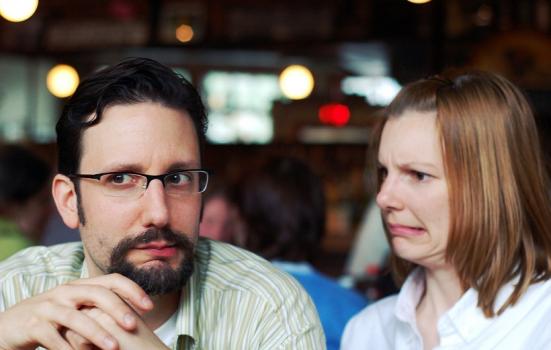 B Tal via Visualhunt / CC BY-NC

Arts Council England’s (ACE) new online portal to process Grants for the Arts applications, Grantium, has been robustly criticised by the arts sector.

Twitter users have been complaining that the inaccessibility of the system and the clunkiness of the language have made funding applications more difficult.

Blogging on the release of Grantium, ACE Deputy Chief Executive Althea Efunshile said that the move to an online portal was a “major piece in the jigsaw” that would “save around £1 million each year”.

She added: “One word that keeps coming up from the organisations we tested the system with is [original emphasis] intuitive.”

But the #grantium hashtag on Twitter suggests that her perceptions of the system are not widely shared:

ACE said: "As we have purchased an off the shelf system, Grantium has been and is continually user-tested by CSDC – like many software products, we will be releasing updates in the future."

"The Arts Council ran a number of user testing sessions before launch, and are continuing to monitor the external user experience, making changes and improvements to support applicants as appropriate."

However, some users have had trouble with the wording used in the system:

Has anyone cracked (ie succeeded) with @ace_national #grantium yet? Please help in words I understand!

Dan Thompson, the artist behind the London Riots clean-up, pointed out that the vast amount of material released alongside the software proved it was ineffective. He said: “As well as being an artist I used to run a software development company - and test software. Anything that comes with a big instruction book has failed. It should guide you through the process intuitively.

“I am good at software and websites - and I couldn't work out what I was doing wrong.”

To apply for a grant of £15k or under, an 88-page pdf is provided as explanation.

In addition, Grantium has been challenged for its apparent inaccessibility for applicants with disabilities.

Neurodivergent artist Sonia Boué – an applicant with a condition that makes it difficult to think in a linear fashion – tweeted this video to explain her challenges:

However, she did mention that some assistance was available for artists:

ACE commented: “If an applicant experiences or anticipates any barriers within the application process, or requires help in accessing services and information, there are a number of ways in which we are able to support them.

“More information on how we can help can be found on our information sheet Making Grants for the arts accessible to all applicants”.

In response to the consistent difficulties faced by the applicants, Senior Manager at Arts Council England Eddie De Souza produced a blog to answer some “common questions” that had come “along with the positive feedback”.

These challenges come at a time when the number of Grants for the Arts applications is at its highest for 10 years.

Arts researcher and writer @SusanJonesArts said: "Times are very hard for artists and changes to the Grants for the Arts portal appear to be making things worse. An interactive website should be a joy to use but it seems from the social media discussions many artists are finding Grantium just isn't."