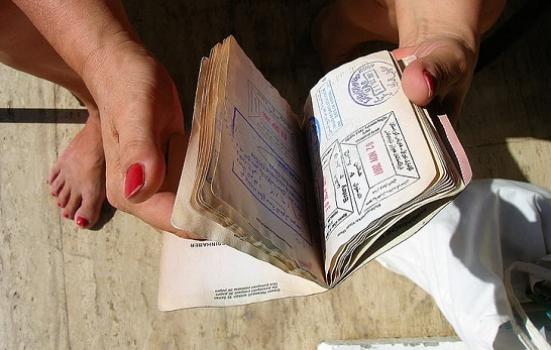 “The UK already attracts world class artists, entertainers and musicians and we will continue to do so in the future”

Organisations are fighting to protect and promote visa pathways for artists from the European Union (EU) following the announcement of a new points-based immigration system.

The scheme announced by Home Secretary Priti Patel last week means EU artists will need to apply for a visa to live or work permanently in the UK. A Home Office policy statement says that “from January 2021, EU and non-EU citizens will be treated equally”.

Musicians, artists and entertainers touring the UK for more than a month will need formal sponsorship, a requirement that will place a considerable administrative burden on arts companies – and cost them £244 per artist.

Artists of all kinds wanting to work in the UK long term must earn at least £25,600 per year and accrue 70 immigration 'points'.

Cultural organisations across the UK are meeting on Wednesday at an ‘international visa summit’ chaired by Scottish Culture Secretary Fiona Hyslop to call for changes that “make performers’ visits to the UK more viable”. These include extending the Permitted Paid Engagement visa so artists can stay longer than a month and allowing smaller festivals to benefit from the Permit Free Festivals scheme, which removes the requirement to sponsor performers.

Hyslop says the UK government “have reneged on their promise to deliver an immigration system that works for the whole of the UK – or that even works at all”.

“Festivals across Scotland and the UK already face significant challenges when it comes to the mobility of artists and performers, and the UK Government’s new immigration proposals, including ending freedom of movement, will exacerbate this.”

The Home Office’s statement says: “The UK already attracts world class artists, entertainers and musicians and we will continue to do so in the future.”

Musicians’ associations worry the new policy will lead to a stiff reciprocal arrangement for UK artists. From 2021 British passport holders will be considered ‘third country’ nationals with different work rights in each Schengen area country. Requirements around visas, work permits and carnets for transporting equipment will vary across Europe.

Such bodies were given false hope last month when former DCMS Minister Nigel Adams said touring was “the lifeblood of the [music] industry” and that “it is essential that free movement is protected for artists post 2020”.

The MU is continuing its campaign for a two-year, multi-entry ‘musicians’ passport’ – an online petition had more than 76,000 signatories on Tuesday – but composer Howard Goodall believes the union faces an uphill battle getting its proposal across the EU negotiating table.

On his blog, Goodall says such a visa has never been made available to any other country or industry and the needs of other sectors’ closer to Conservative party’s interests like farming and financial services may be given more urgency.

Additionally, British bands, productions and publishers benefitted more from the Single Market Customs Union than EU nations did from access to the UK: “It was our West End shows that toured Europe’s capitals, not the other way around,” Goodall wrote.

“What’s in it for the EU to allow British musicians to tour and perform on their patch? Cultural exchange, yes, artistic endeavour and innovation shared, yes, but will it create jobs for EU member states?”

The salary threshold for new migrants will be lowered from £30,000 to £25,600 under the new points-based system. In theory migrants who are offered less than £25,6000 could accrue enough points to enter the country anyway if they have a PhD in a subject relevant to their sponsored job or the job is in a designated shortage occupation – artists, producers, directors, arts officers and some dancers and orchestral musicians are currently on the list.

But immigrating would be “impossible” for many creative and cultural workers, Creative Industries Federation Caroline Norbury says. She noted the shortage occupation list “excludes many highly-valued creative professions” and that “in our sector, high skill levels do not always equate to high salaries”.

The Government has said it does not plan to introduce an immigration route for freelancers – one in three creative industries workers is a freelancer, Norbury said. “These individuals would still have to earn at least £25,600 each year despite the natural income fluctuations expected from working across multiple projects.”

The planned changes to temporary visa pathways would be costly and “hugely damaging for the creative industries,” she added.

“95% of creative businesses employ fewer than 10 people, relying on specialist temporary workers including casts for productions, artists at festivals, stylists for fashion campaigns, and more. The cost for each individual temporary worker’s visa would be more than £200. For creative organisations, these costs can easily multiply to become completely unmanageable.”

As it stands there are three options for creatives looking to enter the UK: Tier 5 visas for temporary workers like touring artists, Tier 2 visas for occupations in shortage, or Tier 1 visas for ‘exceptional talent’.

All of these require sponsorship from an employer or, in the case of Tier 1 visas, endorsement from Arts Council England.

According to the Migrant Advisory Committee, the number of Tier 1 visas endorsed by ACE has increased in the last five years but remains under 200 per year.

The proportion of Tier 1 visas that are endorsed by ACE rather than the British Academy, Royal Society, Royal Academy of Engineering and Tech Nation, however, has fallen from 52% in 2015 to 24% in 2019.