Head of Programming Tamsin Ace will leave the venue in December, as will Creative Director Madani Younis. Southbank has not confirmed whether it will replace Ace's role. 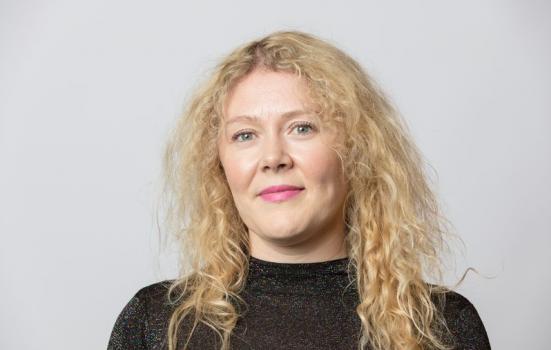 Southbank Centre’s Head of Public Programming Tamsin Ace has become the second senior creative figure to announce their departure from the venue within two weeks.

Ace will leave the organisation in December for a new role at London’s Geffrye Museum of the Home. Her departure follows news two weeks ago that the institution’s Creative Director Madani Younis will be leaving next month after less than a year in post. Ace reports to Younis in the organisation's current structure.

A spokesperson for Southbank Centre said: “I can confirm that Tamsin is leaving her role as Head of Public Programming in December after 12 years with Southbank Centre. She made the decision to leave in early October after being offered a new opportunity."

They added: “We're currently reviewing the role so we can't confirm whether we will replace the role or not at this stage.”

Asked whether this review will form part of a wider rethink given that it comes alongside Younis’ departure, the spokesperson said: “We always take into account our organisational needs as part of our recruitment strategy and therefore reviewing roles that become vacant is standard practice.”

Asked who will be leading on programming while the role is reviewed, they responded: "The public programme remains an important and core part of our offer and it will continue to be developed and delivered by this talented team who are all actively programming for 2020 under Tamsin's guidance before she leaves."

Ace will join the Geffrye Museum in January 2020 as Director of Creative Programmes and Collections. The museum says the role “will lead on cross-arts multi-channel programming and create a ground-breaking creative programme for the museum”, as well as shaping a new collecting policy and the institution’s learning strategy.

Sonia Solicari, Director of the Geffrye Museum of the Home said: “I’m excited to be welcoming Tamsin to the team – her creative flair and extensive experience in cross arts programming will transform the museum when we reopen next year.”

Ace said: “I am delighted to be joining the Geffrye Museum of the Home at an exciting time of change and growth. As a Londoner I've always admired what the museum represents and can't wait to be part of the team to re-imagine what home means to communities today.”

During her time at Southbank Centre, Ace has had made LGBTQ-positive programming a priority. In a recent article for Gay Times, she wrote: "Whether it’s drag queens in our family festivals or performance artists Scottee and Ursula Martinez on our stages, Southbank Centre has had a long history of working and celebrating difference and striving to ensure that all parts of society are represented in the programme."

Highlighting policies such as gender neutral toilets, badges with staff pronouns, and information for advice lines if needed, she continued: "Southbank Centre is committed to going the extra mile to ensure our site is as open and welcoming as possible. This ethos, which stems from Southbank Centre’s birth in 1951 is not just for the summer but will live on, as will the relationships we continue to make with LGBTQ audiences and artists as we continue to ensure that LGBTQ voices are present at every level of our programme."

The Geffrye Museum is currently closed for redevelopment. It is set to reopen in spring 2020. During its closure, the museum is running events and tours of a restored almshouse. It recently programmed 'Waiting for myself to appear', an immersive one-woman show exploring Black female identity.

The museum is also set to hold a talk on social care in Britain next week.