Scottish government funds even more interns for the creative sector

The SCVO has launched a second phase of its Creative Internship scheme. 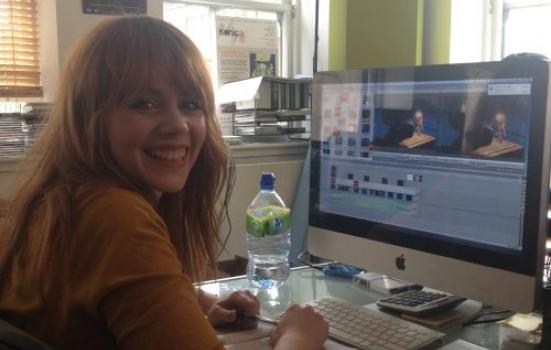 Julia Martin, an intern at Cryptic in Glasgow
Photo:

At least 58 employers in the arts and creative industries in Scotland will be able to employ a graduate intern fully funded by the Scottish government, in the second phase of the Creative Internship scheme which funded 75 internships earlier this year.

Delivered by the Scottish Council for Voluntary Organisations (SCVO) and Creative Scotland, with support from the Scottish Government, the funding covers the intern’s full wage of £6.31/hour – the minimum wage as of 1 October – for 13 weeks, although organisations are encouraged to pay more if possible.

The scheme is restricted to third sector organisations and private organisations with fewer than 50 employees. While the internships, which in the previous phase were available to those under 24, will be available to all graduates aged 18–30 currently claiming out of work benefits.

The scheme is similar to Arts Council England’s (ACE) Creative Employment Programme, which was launched in 2012 and aims to support 6,500 internships, apprenticeships and traineeships by March 2015. ACE’s scheme only covers some of the wage costs, but is open to organisations of all sizes looking to employ graduates and non-graduates aged 16–24.

The first phase led to excellent results reported from both employers and interns. Claire Moran, Producer at Cryptic, an art house based in Glasgow, said: “Having Julia join Cryptic as a creative intern has been a wonderful experience and has enabled us to increase and diversify our creative output.”

The closing date for applications is 18 September.
www.scvo.org.uk