Culture Secretary and staff fear the key policy document will be buried by other news if it is released before the General Election. 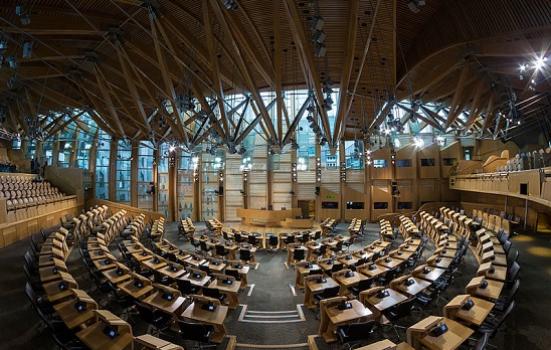 A new Culture Strategy for Scotland won't be announced until after the General Election
Photo:

Scotland’s Culture Secretary has delayed publication of the country’s new Culture Strategy until after the UK General Election.

The Scottish Government has confirmed the strategy will be published “as soon as is practical” after December 12. A draft strategy was released for public consultation 18 months ago, with the final version due to be published by the end of this year.

It still could be – a new date has not been set – but it seems clear the strategy will only be made public at an expedient moment.

A Scottish Government official told ArtsProfessional the document is ready to be published, but that Culture Secretary Fiona Hyslop and her staff don’t want it to “fly under the radar”.

“Had there not been an election then things might have been different,” they said.

“We have got to think about when people will give it attention and the newspapers will be all full of Boris [Johnson] right now.”

Hyslop did not respond to a request for comment, instead referring queries back to Scottish Government staff.

The Culture Strategy is the first of its kind to be produced in a decade. Its draft version indicates plans to give people “a greater say” in shaping the cultural life of their communities and give culture equal importance to the economy, the environment, education and health in policy making.

Measures proposed in the draft strategy include introducing a new cultural leadership position within the Scottish Government, helping the sector and academics work together to articulate the value of culture, and exploring new funding models.

Revising the model for funding Scottish culture is especially important: a recent report commissioned by Creative Scotland concluded the public grants model used since the 1940s is no longer fit for purpose. “Change is inevitable,” its author Jeanie Scott wrote.

She said this model is now “struggling to accommodate and reflect the scale, complexity and diversity of our contemporary cultural ecology, its audiences and methods of cultural consumption”.