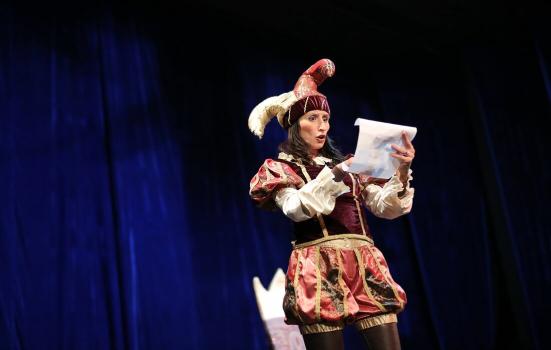 What's behind Scotland's success? “One possible driver is the dramatic rise in female artistic directors”
Photo:

Opportunities for female creatives in Scotland’s publicly funded theatres have grown significantly in the past five years.

Scotland outperforms England and some other European countries on this measure of equality, according to new research commissioned by Stellar Quines theatre company.

The research, conducted earlier this year, found 48% of all creative roles at Scotland’s 26 publicly-funded theatre companies were held by women last year – up by 9 percentage points compared to similar research conducted in 2014/15.

Women were cast in 52% of the 523 roles in shows produced by these organisations, half of which are now artistically led solely by women. Five years ago, this figure was just 17%.

But despite progress on gender balance, five out of six artistic directors at Scotland’s highest funded theatres – Citizens, Dundee Rep, Lyceum, Traverse, Tron and The National Theatre of Scotland – are men. In contrast, 19 of 21 assistant directors are women.

Stellar Quines’ report, Where are the Women? Part 2, is the sequel to a similar 2014/15 review of professional opportunities for women in creative roles in Scottish theatre, also conducted by Christine Hamilton Consulting.

The demography of some creative roles where women have historically been underrepresented is changing. The latest research found:

But there has been only modest progress in the number of women playwrights whose work is presented at these venues (41% compared with 39% in 2014/15).

The report’s author was cautious about attributing the impetus for greater equality in the sector to a particular catalyst, but says “one possible driver is the dramatic rise in female artistic directors” as companies have adopted Equality, Diversity and Inclusion strategies as required by Creative Scotland.

Scotland’s progress on gender balance sits in stark contrast with some other countries where drives for equal gender representation have been less successful.

The report points out that in the five years to 2017 only 27% of directors in France were female, and women ran just 12% of national theatres and 20% of national drama centres.

In 2017/18, less than a third of Artistic Directors at Arts Council England’s National Portfolio Organisations were female.

And the following year, no Royal Shakespeare Company productions were written or adapted by women and only three of 12 National Theatre productions were by women. These companies receive some of the highest subsidies among arts organisations in England.

Jemima Levick, Artistic Director and Chief Executive of Stellar Quines, welcomed the improvements since 2014/15 but warned against complacency. The new figures, she said, suggest the Scottish theatre industry “took notice and acted to reverse some of the cripplingly low figures previously reported”.

“The new report enables Stellar Quines to understand where there are still gaps and how we might address those.”

Following the 2015 research, the company created a programme of ‘M*****classes’ to provide women in Creative Designer and Production roles with hands on workshops alongside leaders in their field.

Levick said the next step is further qualitative research that considers the size and scale of productions, how strategy and decision making is evolving, a broader variety of creative roles and, most importantly, how intersectional diversity affects women’s professional opportunities.