Creative Scotland has announced details of a new Touring Fund offering organisations outside its Regular Funding portfolio the chance to make and tour new work. 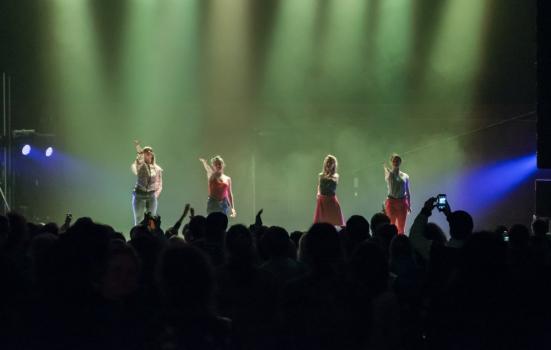 All or Nothing Aerial Dance Theatre at Hidden Door 2018
Photo:

A new £2m Touring Fund for Theatre and Dance has opened in Scotland, supporting artists, producers and companies to collaborate with venues, grow audiences and improve access to high quality work across Scotland.

The Creative Scotland scheme has been drawn up in consultation with the Federation of Scottish Theatre (FST), which represents a network of over 200 professional performing arts organisations and individuals in Scotland.

It has been established in response to recommendations made in the Review of Touring Theatre and Dance, which established “the need for a strategic focus” on touring, including “a touring fund driven by a renewed vision and clear strategic priorities around artistic quality, audience development, reach, balance of genre and scale, depth of engagement, efficiency, sustainability, continuity and progression.”

The creation of a ring-fenced fund for touring contrasts with recent moves in England. Arts Council England closed its Strategic Touring fund in March 2018, absorbing it into the £97m open application National Lottery Project Grants scheme, where applications for touring funding will be considered alongside proposals for other types of work.

Scottish-based dance and theatre artists, companies and organisations, independent dance and theatre producers and venues are all eligible to apply to the fund, which will support the making and touring of new work, and the restaging of work for touring to at least 12 locations across Scotland over a period of up to two years.

The Lottery-funded scheme specifically aims to support companies that do not receive Regular Funding from Creative Scotland.
Consortia of venues can apply, including Regularly Funded Organisations (RFOs) that receive touring productions, provided they can demonstrate that their consortium’s activity is additional to their core work, and that RFOs form a minority of the consortium.

Companies that already receive core funding from Creative Scotland for making and touring theatre or dance as part of their core activity are ineligible to apply.

The announcement of the new fund follows a turbulent period at Creative Scotland, which has seen its Chief Executive and several Trustees resign following its decision to drop a number of organisations from its Regularly Funded portfolio – some of which were reinstated following an outcry by the sector.

Announcing the launch of the Touring Fund, Iain Munro, Acting Chief Executive at Creative Scotland, said: “The co-creation of the fund with the Federation of Scottish Theatre signifies a major step forward in our shared endeavour to address the challenges set out in the Review of Touring Theatre and Dance, strengthening opportunities for theatre and dance artists, venues and audiences.”

Jude Henderson, FST Director, added: “FST members have devoted significant time, thought, energy and care to working with Creative Scotland on the development of this fund.

“We welcome Creative Scotland’s commitment to addressing the issues raised by the Review of Touring Theatre and Dance, and to continuing open dialogue and flexible review of the fund as it operates.”