Amateur dance is thriving but skills shortages and lack of scope for career development are holding back the professional sector. 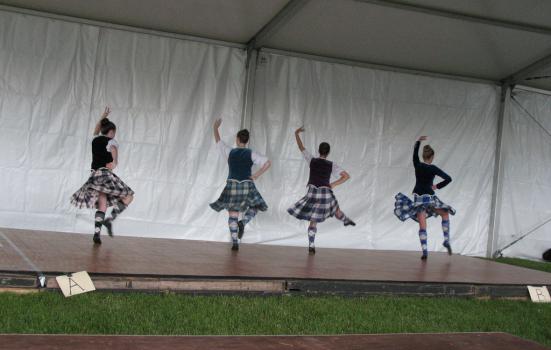 A review of dance in Scotland has praised the amount of dance provision available at an amateur level, noting that dance is the second most popular cultural activity in Scotland, but has found that Scotland’s dance infrastructure as a whole is small and offers little scope for career advancement. It is estimated that around 2,000 people are employed in dance, most with portfolio careers involving teaching, performing and community work. Those employed in management and administrative roles are likely to be working part-time, reflecting budget constraints and organisational vulnerability.
The review was run by Creative Scotland as part of a corporate plan which includes a large scale examination of the ecology of different artforms, to monitor weaknesses and spot areas for growth. It describes an educated workforce, with almost a third holding dance degrees and over half holding degrees in other subjects, but further training is seen as a priority in the sector, namely the creation of a Dance PGDE run within Scotland to remedy a skills shortage. Only two Scottish state secondary schools currently have specialist dance teachers on their staff, but the number of students being presented for Dance Higher exam is rising and the subject is included in Scotland’s education plan, Curriculum for Excellence. Audiences have fluctuated in the past five years, but are recorded as growing from last year compared to the preceding year. There is less of a disparity between the number of people participating in dance from different socio-economic groups than in other artforms, with 15% from the most deprived areas recording an involvement in dance in the past year, compared to 19% in the least deprived areas.

Creative Scotland gave 5.4% of its budget to dance in the last year, some £3.6m. Although the sector has struggled more than some other artforms with the funding body’s new open investment programme, it has benefited from targeted programmes such as Get Scotland Dancing, a participatory programme promoting dance for all, linked to the Olympics and the 2014 Commonwealth games.

Feedback sessions on the review are being held this month.