The museum promoted itself as the first in the cultural sector to assess potential partners using a climate action benchmark that would have green lit deals with most oil and gas companies. 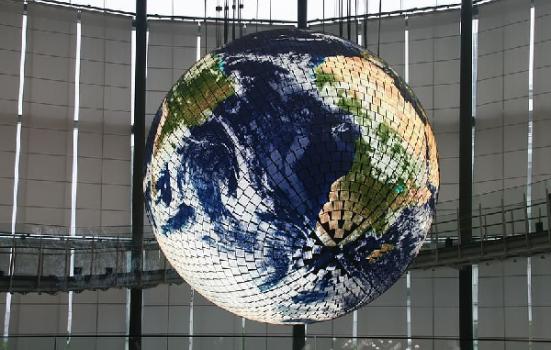 The Science Museum pursued a sponsorship deal with a collective of oil companies, sparking criticism

The museum says it is the first in the UK's cultural sector to assess potential sponsors against the Transition Pathway Initiative (TPI), but critics say it has "misleadingly" relied on one facet of the tool, a four-point management quality index.

A Science Museum Group spokesperson said it is "encouraging" prospective and current partners to work towards level 3 of the index, which signifies companies are integrating emissions management into their operations.

Emails released under the Freedom of Information Act show the museum spent five months negotiating a sponsorship deal with the Oil and Gas Climate Initiative (OGCI) before pulling out because the rating for one of 12 member companies - Saudi Aramco - fell to level 2.

However, Petrochina, the commercial arm of the Chinese National Petroleum Company, another OGCI member, also scored lower than the Science Museum Group's standard.

And the museum would have given a free pass to OGCI partners that don't appear on the TPI's index, communications from its Director Sir Ian Blatchford indicate.

"It was really concerning to see that the Science Museum Group's criteria would suggest that sponsorship deals with the other 11 companies, such as Exxon and Chevron, could still be acceptable," Chris Garrard, Co-Director of campaign group Culture Unstained, said.

The Science Museum says this is a standard clause; indeed, the deal also limits what Shell can say about the museum.

Science Museum Group (SMG) Acting Chief Executive Jonathan Newby rejected claims Shell had any influence over the 'Our Future Planet' exhibition after emails showed its staff were put in touch with the curators.

The sponsorship was agreed after the exhibition's content was determined, SMG says.

"We regard the blanket approach demanded by some campaigners of severing all relationships with energy companies as unproductive," Newby said.

The Science Museum's bar for potential sponsors is lower than its own emissions reduction target, which is in line with the goal of the internationally-recognised Paris Agreement.

Oil companies at level 3 of the TPI have a board member in charge of climate change policy, report their emissions and set targets to reduce them, although there is no one target for the industry.

SMG says the TPI "has swiftly become the ‘go-to’ corporate climate action benchmark", parroting TPI's own comms. The tool was designed for, and is primarily used by, investors.

Shell is rated level 4, although TPI Co-Chair Adam Matthews notes it is still not aligned with the Paris Agreement. Three months after SMG agreed the sponsorship deal, Shell was ordered by a Dutch court to cut its emissions by 45%.

Bridget McKenzie, Founder of the Climate Museum, said the Science Museum's use of the TPI to justify its relationship with Shell is inappropriate.

"The only ethical energy company is one that is 100% regenerative, going beyond even renewable energy to ensure that it restores and protects biodiversity and human rights."

"Fossil fuel companies have known that their activities were having catastrophic consequences for decades but they have concealed the science and sown doubt, in order to escalate their harm and profit," McKenzie said.

"It's not possible for them to become acceptable by making incremental improvements and pledges of action for some future time."

McKenzie said museums seeking sponsorship should apply a 'precautionary principle': "If you can't be sure your project or its funder will cause harm, don't do it."

It is important to undertake research into potential sponsors and invite audiences' views on how your institution generates revenue, she added.

"If you are defining boundaries about which sponsors are unacceptable, consider which companies are the most destructive to the biosphere, and who shows the least likelihood of positive change."

The Museums Association's code of ethics does not set out a blacklist of companies museums shouldn't partner with, but does recommend examining prospective sponsors' ethical standards "with a view to maintaining public trust and integrity in all museum activities".

"What kind of science museum doesn't base its decisions on climate science but backs Big Oil's last-ditch attempts to protect its profits and reputation instead?

"These companies have repeatedly got failing grades for their performance on climate change, but somehow the museum has found one of the only examiners that will give them a pass."

Julie's Bicycle, which helps arts and cultural organisations act on the climate crisis, was approached for comment but did not respond before the publication deadline.