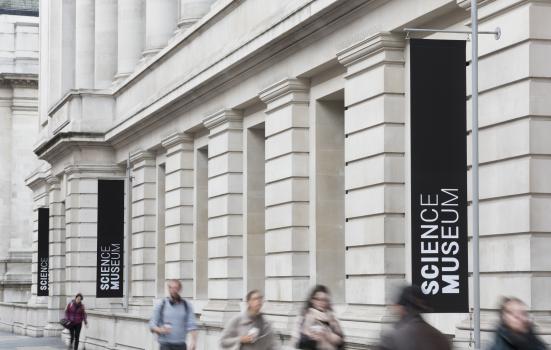 The Science Museum has struck yet another sponsorship deal with a fossil fuel funded company, turning controversy into "a crisis of credibility".

Science Museum Director Sir Ian Blatchford, a longtime defender of its ties with oil giant Shell, also endorsed its new benefecator: "Adani Green Energy already has one of the world’s largest renewable portfolios and plans to invest $20bn in clean energy generation, component manufacturing, transmission and distribution over the next 10 years."

Back in August, the museum promoted itself as the first in the cultural sector to use the Transition Pathway Initiative (TPI) to assess potential partners. It required a rating of 3 out of 4, meaning the company is integrating emissions management into its operations.

A Science Museum spokesperson said it did not use the TPI to evaluate the Adani deal. Adani Green Energy is not rated by the TPI, which focuses on carbon intensive companies.

However, the tool does rate Adani Enterprises, the coal mining flagship company of the Adani Group, as 1 out of 4 - the lowest possible ranking.

Campaign group Culture Unstained said this makes a mockery of the museum's own standards.

"Scientists, young people and even their own advisors were already walking away from the Science Museum over oil sponsorship. But astonishingly, the museum’s management have doubled down," Co-Director Jess Worth said.

"Their enthusiasm for fossil fuel partnerships has turned controversy into a crisis of credibility, and they must be held to account for their reckless decisions.

"As COP26 approaches, the world needs climate leadership from the UK, not the unseemly sight of our once-renowned Science Museum jumping into bed with Big Coal."

Adani Green Energy says it aims to be the world's largest renewable energy company by 2030.

But critics say the subsidiary is greenwashing the image of the larger Adani Group.

Adani is prolific in Australian coal mining, with a 35,000 hectare mine currently under construction, with commercial scale mining expected by year's end.

The project has been subject to legal action over its impact on the Great Barrier Reef and less-than-robust environmental assessments.

The mine's site has traditionally been owned by the indigenous Wangan and Jagalingou people, who have occupied it in protest.

Accoding to the TPI, Adani Enterprises has committed to combat climate change but has no emissions reduction targets.

Whilst the value of the sponsorship has not been revealed, the Science Museum will use its existing collections and items on loan to create the Adani Green Energy Revolution gallery.

Artefacts including an electric taxi from 1897 will help chart the history of transport over the past 200 years.

Gautam Adani, Chairman of Adani Green Energy, said there is a lot to learn from the decades-long transition to wind and solar power.

"Who better than the Science Museum team to depict this inspiration."

The gallery will also explore climate science and the newest innovations in cutting fossil fuel dependency, the Science Museum says.

"We face a grave threat, but the future is not predestined – it is still in our hands if we can build the coalition required for urgent and far-reaching action."