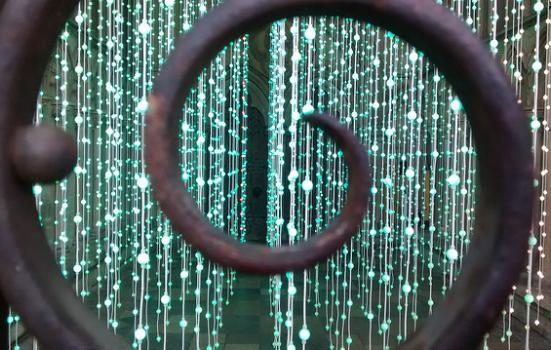 A photo taken in Salisbury
Photo:

danielthornton on Visualhunt / CC BY

The merger of three long-standing Salisbury arts organisations has been made official, following a successful bid for joint national portfolio funding from Arts Council England (ACE).

Salisbury Playhouse, Salisbury Arts Centre and Salisbury International Arts Festival have collectively become ‘Wiltshire Creative’, and will commission, develop and produce cross-artform work “across a range of venues and locations”.

The merged organisation will receive an annual grant of £1.3m from ACE for 2018-22 – which is equal to the amount the three organisations received separately in 2015-18 – and was granted £15k from Salisbury City Council to support a festival weekend to mark the launch this August.

Salisbury Playhouse has taken the lead in the merger and officially renamed itself Wiltshire Creative. The Playhouse’s Artistic Director, Gareth Machin, and Executive Director Sebastian Warrack will lead the new organisation.

In preparation for the merger, all staff at the Festival were made redundant, and Paula Redway, who became Director of Salisbury Arts Centre in Spring 2016, took on a new role as Cultural Development Manager for Oxford City Council last month.

According to local newspaper the Salisbury Journal, Wiltshire Creative is set to have a board of 12 trustees, with five drawn from the Playhouse, two from the arts centre, two from the festival, and three to be newly appointed.

The merger follows years of difficulty for the Salisbury-based organisations. In 2016, Wiltshire Council was labelled “grossly unfair” for cutting the Arts Centre’s £89.5k annual grant with just three weeks’ notice. The cut resulted in the venue closing on Sundays and the loss of three full-time staff.

Speaking at the time, then councillor Stuart Wheeler, who sat on the Playhouse’s board, said: “It was recognised that salami slicing would cause all of the organisations to ultimately cease operation. For that reason, the long-term plan made sense to take from the Arts Centre.”

Questions have been raised in the local press about the name ‘Wiltshire Creative’, with some concerned the organisations will lose their individual identities, and others asking whether systems in the theatre would be foisted on the arts centre, regardless of differences between the organisations.

According to a spokesperson for Wiltshire Creative, the name was chosen to reflect the organisation’s “new ambitions”, defined as attracting “audiences and participants from the wider county and also to take our work out across the country”.

They continued: “At its heart is creativity – be that producing original drama at the Playhouse, commissioning musical work as part of the Festival or expanding community activities as part of our wide Take Part programme.”

The name, the spokesperson continued, was discussed through a working group that included representatives of trustees, staff, audience and members. The final name was approved by the trustees of the new organisation.

The first season will be announced in May, including Autumn programmes for Salisbury Playhouse and Salisbury Arts Centre, alongside news about the International Arts Festival, which will not be held this year but is due to return in 2019.

Correction 29/03/18: An earlier version of this article said Wiltshire Creative had drawn six of its ten trustees from Salisbury Playhouse, but this is not the case.