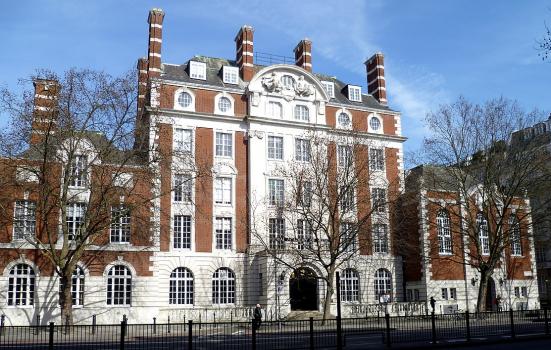 Royal Academy of Music students feared speaking out about sexual harassment because it might affect their career prospects, an independent review has found.

The conservatoire has been advised to implement a raft of changes after at least 15 students complained of alleged sexual harassment, including being told to "get used to the casting couch", "go work in a brothel", and provide sexual favours to a tutor.

The Chair of the review panel, University of London Professor Peter Kopelman, said he was pleased the school's governing body and senior management team has agreed to the review's 22 recommendations for change.

A three-tier system pastoral support system that includes an independent advocate akin to an Ombudsman - "a figure removed from the music industry and thus with no power or influence to whom students could freely voice concerns without fear of career repercussions" - was recommended. A 'report and support' system for students to make complaints, staff training on preventing sexual harassment and misconduct, and requiring roles with student support responsibilities to be filled by people "who are primarily educators" rather than performers was also suggested.

A spokesperson from the Royal Academy’s governing body welcomed the review as "exactly the guidance we require to hold ourselves to the very highest standards in this critical area".

The Academy did not respond questions about whether any of these safeguards were in place before allegations arose.

But the review report, published a year after the complaints first came to light, suggests they were not.

It says "no one should be invited into a teaching relationship without proper background scrutiny and reference checks" and that there was "a lack of uniformity and rigour in dealing with safeguarding issues".

It appears the anonymity of the complainants led the Academy to turn a blind eye to their concerns.

The review panel repeatedly heard of students' reluctance to make a formal complaint.

"It is critically important that students and staff have a reporting tool where all concerns can be reported and where anonymity per se is not allowed become a reason for inaction," the panel said.

The report, which uses 'safeguarding' as an umbrella term to cover sexual harassment, misconduct, and emotional and physical harm, does not address or provide findings on the allegations at hand.

Instead, it says that many of the 30 students and staff interviewed were "uncertain of the senior management's stance on safeguarding" which was "reactive as opposed to proactive".

"This risks an impression that a main driver, on occasions, may be reputational damage limitation, rather than the wellbeing of those involved.”

Critics say the review does not go far enough to change the conservatoire's culture of fear.

Classical music commentator Norman Lebrecht, who first broke news of the allegations on Slipped Disc last November, said the report amounted to "a mild rap on the knuckles" for the Academy.

Dr Anna Bull, a director of research collective The 1752 Group and senior lecturer in Sociology at the University of Portsmouth, told ArtsProfessional the use of the term 'safeguarding' obscures the causes and contexts that enable sexual misconduct to occur in higher education settings.

Notably absent from the review, Dr Bull said, was any considerations about "how gender inequalities and power imbalances create a 'conducive context' for sexual harassment and violence to occur".

"This is particularly important in classical music where there is a culture of celebrating male authority, and any awareness of the gender, race or other inequalities that enable harassment to occur are seen as peripheral to the music itself."

Bull praised the Academy for publishing the report - regularly publishing anonymised complaints helps promote a culture of openness and transparency, she noted - but warned the recommendations in the report, "while a good start, will only partly address the issues raised".

"The culture of fear that inhibits students speaking out that is described in the report will require ongoing cultural change work.

"Such work needs to target the normal, everyday practices of classical music which entrench its hierarchies of authority."