London arts leaders were told the word is “divisive” but wanted it included anyway. 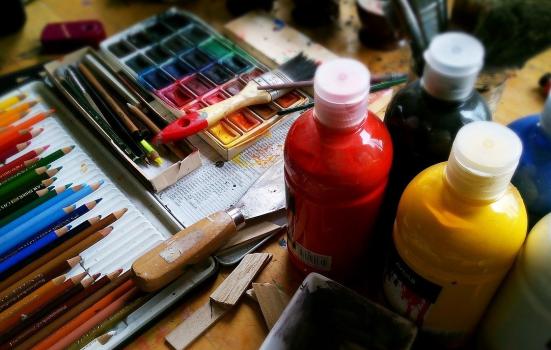 Discord has resurfaced within Arts Council England (ACE) over whether it should be using the word ‘art’.

Recently released minutes from a May meeting of its London Area Council reveal debate over whether the word should be included in the funder’s 10-year strategy, and how ambitious its engagement goals should be.

The council, which includes leaders of arts organisations in the capital and local government representatives, asked ACE “why there is no mention of ‘art’” in a story board they were presented with and were advised that “research showed the word ‘art’ to be divisive”.

Regardless, “members asked that it be noted that they had requested the word ‘art’ be included in the 10-year strategy”, the council minutes note.

Such debate within ACE has been ongoing: fears were raised back in September 2018 that the funder’s strategic goals were unrealistic and could lead to the “dumbing down” of art.

The word art is mentioned just three times in the draft strategy document, twice in relation to ACE's current strategy 'Great Art and Culture for Everyone'.

The London Area Council’s discussion echoes previously raised concerns that ACE’s efforts to engage a broader cross section of the public could come at the expense of quality or meaningful engagement: “Some members felt that the proposals were signalling a profound shift from ‘Great Art and Culture for Everyone’ to ‘Everyone has the right to access some art and culture’,” records from 2018 state.

At the May meeting, members asked if it was “realistic to reference ‘every person’ and ‘every child’” in the draft strategy’s goals.

The minutes note that “members were challenged to say who they would exclude from the strategy”. It does not say how they responded.

But it does say “there was a consensus that the strategy should support the provision of opportunities for participation, even if not everyone availed themselves of those opportunities.”

Members said there were “limits to the sphere of influence of the Arts Council” to help culture and creativity thrive at a community level, but that “brilliance breeds brilliance and that by protecting the principle of quality we would be able to create a ladder of opportunity”.

Council members also expressed fear that ACE’s strategy is not deliverable, saying it did not sufficiently convey the funder’s ambitions for artists and arts organisations and “seemed to rely on other variables in society being in place”.

“Given that they are not, we [are] in danger of being asked to fill in the gaps which [are] appearing in cultural education and local and individual participation.”

The minutes continue: “Members reminded the Arts Council that it was not resourced to make a universal offer in the way that [the department for] education or the NHS was.”

Consultation on the draft strategy has closed. The new strategy is due to be released early next year, with the exact date subject to the outcome of the General Election.

The placement of this beautiful graffiti image of a woman of colour alongside the description "dumbing down art" and "everyday" is unacceptable. How unbelievably narrow minded. Please remove or change the image.
This is much more than just 'dumbing down'. Rather than investing in arts education, it dilutes all art (and I don't mean just so-called 'high' art) into a vague category of 'creativity'. Also fits neatly into the neo-liberal discourse of creativity = innovation = enterprise = profit = self employment . Art must now be presented as a profit centre, not a 'burden' (sic) on the public purse.
Thank you Adele very much for changing the image