The reversal of a decade-long pattern of decline has been credited to changes in policy including the end of the “discriminatory” Form 696. 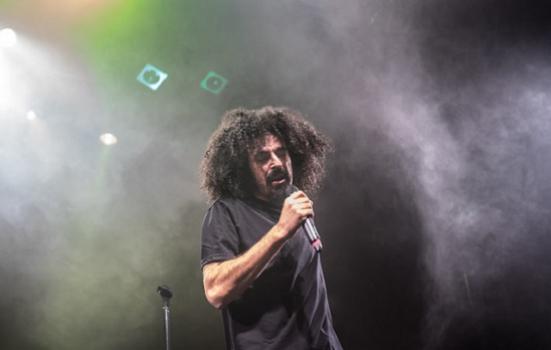 A 2014 performance by Caparezza at Koko, one of eight London venues that closed last year
Photo:

London has six more grassroots music venues than it did last year, according to new figures released by Mayor Sadiq Khan’s office.

But an analysis of the figures shows the rise is mainly due to more live music being performed at established venues rather than the introduction of new businesses.

The trend has been supported by recent policy measures to help safeguard venues’ futures, including the introduction of an agent of change principle in London’s city plan and the abolition of Form 696.

The Mayor’s announcement heralds an “encouraging” new era for music venues, industry representatives said. But they were quick to point out that challenges remain: “There's a long way to go, and we still have many venues fighting closure,” Music and Venue Manager of The Half Moon in Putney, Nina Jackson, said.

The increase is largely down to the reclassification of existing locations, rather than new venues.

While three new venues have opened, 12 existing businesses have been classified as “grassroots” venues after they began hosting live music or increased their live music offering.

The Mayor of London uses the Music Venue Trust’s definition of a grassroots venue, which tests the business against six criteria. These are its reputation as a grassroots venue, having music as its main purpose, leadership by industry experts, participation in the night time economy, openness to innovation and risk, and holding an informal professional development role within its community.

MVT’s Strategic Director Beverley Whitrick said the partnership’s work to support grassroots venues is “very much ongoing and long-term”, but productive. “Where the Mayor's team have worked hard with local authorities there have been venues saved which faced planning threats, business rates or rent rises.”

“Obviously for us as a UK-wide organisation this is brilliant because venues from outside London benefit equally from these resources.”

He noted the importance of the creation of the London Music Board, legislation for an agent of change principle that puts the onus of noise control on new developments rather than music venues, and the end of the “discriminatory” Form 696, which the Metropolitan Police used until the end of 2017 to collect details about all artists and promoters involved in gigs.

Kwame Otiende, Co-Owner of The Jago in Dalston, said the support of organisations including the Mayor’s office and MVT made venues feel “motivated” to continue their work.

“We want to create a space that the whole community feels a part of and ensure inclusivity, diversity and community cohesion are our top priorities. I think the mission for grassroots venues has, for a while, been a very challenging one.

“Learning that more grassroots venues are opening is even more encouraging and gets us all a step closer.”