As the Arts and Humanities Research Council sets out to demonstrate the role digital developments can play in arts and culture, some academics believe it is overstepping its brief. 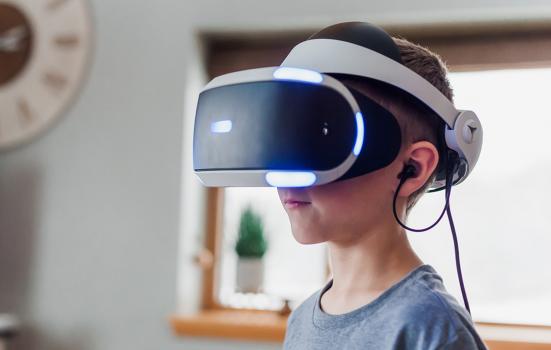 Virtual, Augmented and Mixed Reality content has been redeveloped for audiences at home
Photo:

A campaign that will be showcasing “new ways in which culture can thrive in a digital age” is aiming to “stimulate innovation in the cultural realm and reach new audiences”. Launched in response to the COVID-19 pandemic, the campaign, Boundless Creativity, is being led by the Arts and Humanities Research Council (AHRC), which is working with the UK arts organisations and creative businesses to create projects, learn lessons from them and map changing patterns of cultural consumption.

AHRC says it “recognises and supports the role that culture and creativity play not only in the UK economy but also in the nation’s mental health and well-being – during the pandemic and beyond”, and its campaign will “explore and demonstrate the role of innovation, collaboration and participation in shaping cultural experiences in the current pandemic, and provide an evidence base for future growth”.

The projects themselves are united under a digital theme. They include ‘Audiences of the Future’, a cluster of public trials of Virtual, Augmented and Mixed Reality content, which was due to have premiered at event-based launches but has now been redeveloped for audiences at home, with a particular focus on families and children. AHRC says this will “allow audiences to experience the UK’s best-loved culture through digital interactive and immersive technologies this summer.”

Other projects that are part of the campaign include Reimagining Wordsworth, a series of live broadcasts to celebrate the 250th anniversary of William Wordsworth; a season of short animated films presenting some AHRC-funded research to non-specialist audiences on the BBC’s Culture in Quarantine site; and a campaign, #collectionsunited, to bring together objects and items from different UK collections in “novel and unexpected ways”.

News of the AHRC campaign has been met with enthusiasm by politicians, including Culture Secretary Oliver Dowden who said: "Britain is a world leader in both creativity and innovation, and the ‘Boundless Creativity’ project will speed up the development of new and exciting ways of engaging, entertaining and educating audiences”.

But some in the academic community have expressed concerns that AHRC – whose remit is to investigate, explore and ‘make sense’ of the arts and humanities field – is now taking the role of a campaigning organisation.

One academic, who asked not to be identified, told AP: “There is a place for advocacy and for celebrating arts practices and products. It took me by surprise, however, that a research council would do this.

“I was waiting for a call for researchers to investigate the impact of the pandemic on the arts, artists and arts sector. What we got was a call to celebrate how wonderful the arts have been in the pandemic... It seemed strange not to keep to the main purpose of the research council which is to examine and question arts participation and production. It's this bit that appears to be missing in a celebration that takes for granted that it is wonderful that the arts are being so productive in lockdown!”

Another academic said: “When did research councils decide it was their responsibility to campaign for culture rather than funding critical analysis of such claims”, and one commented “Where do we go now for research without an inflection of demonstrate/prove/advocate”.

But Professor Edward Harcourt, Director of Research, Strategy and Innovation at AHRC, refutes the suggestion that “aiming to demonstrate” the role of innovation, collaboration and participation in shaping cultural experiences is straying from its research remit. He told AP: “When we say ‘demonstrate’ in this context, we mean to ‘provide an example or prototype of’, which is what we’re doing in showcasing the Boundless Creativity demonstrators as a product of research. What we say is true both of the original funding rounds of Audiences of the Future – which represents some of the most advanced set of public trials of Virtual, Augmented and Mixed Reality content – and of the ‘digital pivot’ showcased in the projects that make up Boundless Creativity.”