A government-commissioned panel is calling for a ‘Fundraising Preference Service’ to be established, allowing the public to opt out of fundraising communications from charities. 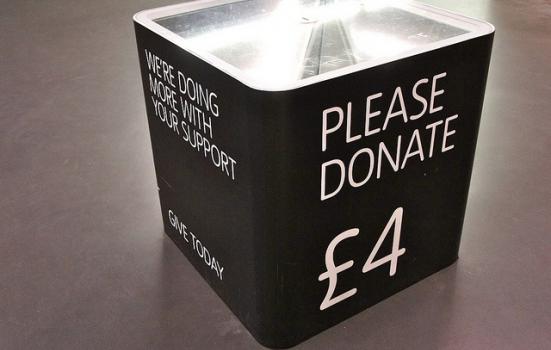 The Fundraising Standards Board (FRSB) has been an ineffective regulator of fundraising and has lost the confidence of the public and charities, according to a damning report which could have implications for arts sector fundraisers if its proposals are adopted.

Commissioned by the Government following media coverage that prompted growing concerns over the ways that charities approach potential donors, the report is the outcome of a review of fundraising regulation by a panel chaired by Sir Stuart Etherington, Chief Executive of the National Council for Voluntary Organisations. The panel calls for the introduction of a ‘Fundraising Preference Service’ that would enable members of the public to opt out of unsolicited contact by fundraising organisations and oblige charities to stop sending fundraising requests or making phone calls to those who have opted out. It would also allow people to opt out of fundraising requests from multiple charities without having to contact them separately.

The panel members conclude that the FRSB, which is currently charged with regulating fundraising, must be closed down and replaced with a more effective outfit. The new ‘Fundraising Regulator’, should be “independent of the interests of the fundraising industry and represent the public interest,” they say, and there should be “a wider, more effective set of sanctions” available for policing the system. They view the FRSB as having been too eager to resolve complaints informally rather than taking tough action against breaches of the fundraising code.

As a whole, the panel’s proposals aim to persuade more charities to “view and conduct fundraising not simply as a way to raise money, but most importantly as a conduit between their donors and the cause they wish to support”. Sir Stuart Etherington said: “The reality is that most people give to charities when they are asked to, rather than spontaneously, so charities do need to ask. But they should inspire people to give, not pressure them to. We need to see a shift to long-term thinking where charities form meaningful relationships with donors. This will be a more sustainable approach.”

John Nicholls, Managing Partner of agency Arts Quarter, commented: “It’s clearly early days and legislation will inevitably follow, but it is helpful for arts organisations to begin the process of understanding fully the implications of this report and potentially start aligning fundraising activities and ethos with these recommendations in mind and where appropriate.”

In my experience working with charities across the country as a service provider, charities really don’t need to use aggressive tactics to maximise revenue from existing assets. The amount of additional income that can be generated simply by improving Gift Aid and other donation processes is impressive; at BMc Azurri we found that some stores saw an increase of 400% following refresher staff training. I’d also advise very strongly that charities look to their software and IT provisions; new software releases have notably increased Gift Aid income for many charities. We don’t yet know the future impact of these restrictions, but we do know that many charities, large and small, are not currently maximising the income already available to them. I recommend that charities of all sizes consider reviewing their hardware, software and staff training provisions as the best and most ethical way of increasing revenue from existing channels. ~Alastair Petrie. GM, BMc Azurri