Stick or twist? London-based cultural organisations confronted with tough choice to move elsewhere in England or to stay put in capital, with no guarantee of funding success in either scenario. 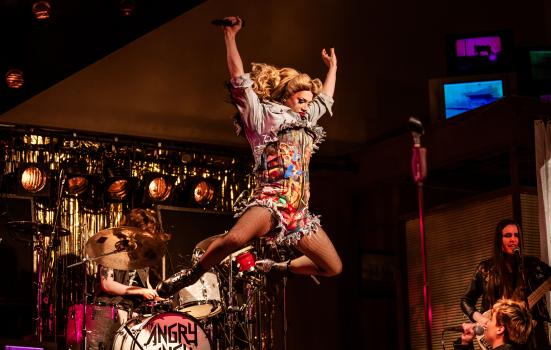 Arts Council England wants to invest a greater proportion of funding outside of London
Photo:

Arts and culture organisations have been told by Arts Council England (ACE) that it is facing record demand for grants, as a deadline for London-based organisations to decide whether to apply for funding to relocate outside the capital fast approaches.

Under a new Transfer Programme unveiled by ACE, organisations based in London that have applied for funding from ACE's 2023-26 Investment Programme to join the National Portfolio will be able to choose instead to apply to an £8m a year fund to help them relocate to another part of the country.

However, there is no guarantee they will be successful in securing Transfer Programme funding and, by applying for it, they will automatically abandon their bid to the main National Portfolio fund.

With the deadline of 18 July to make a decision imminent, Arts Council England has this week contacted applicants to the National Portfolio notifying them that it has received a "record-breaking number of applications", placing further pressure on the decision.

It said it has received more than 1,700 applications to the programme, requesting a total of more than £2bn over the three-year period. It said this is "more than double the number of NPOs we currently invest in", making it the "most over-subscribed investment round to date".

"This programme will be particularly competitive, and it is likely that we will be unable to fund many good applications, including from those organisations currently in the National Portfolio, as well as those that are not," an email sent to applicants states.

The offer to help London-based arts and cultural organisations move out of the capital has been prompted by the government's levelling up agenda and a push by ACE to ensure that more of the money it invests goes outside of the capital, with funding for London being cut by 15%.

While the prospect of not receiving funding if they remain in the capital may entice some organisations to relocate, it is not clear whether the Transfer Programme will be under or over-subscribed.

Excluding the big five London NPOs - English National Opera, National Theatre, Royal Opera House, RSC and Southbank - which receive £86.4m a year between them, the average NPO income for the remaining 248 NPOs in London is £304,000 a year.

The £8m a year transfer fund could allow 26 NPOs to be funded at this level.

ACE has already asked organisations whether they may be interested in relocating as part of the application process for the National Portfolio, but is remaining tight-lipped on how many have said "yes".

Asked by ArtsPro for a figure, a spokesman for ACE said we "aren't able to share" the information, but will publish "comprehensive data" when the outcome of the National Portfolio process is announced in October.

David Micklem, writer and independent arts consultant, said he is aware of organisations currently weighing up the likelihood of securing funding under each respective route.

"You could say it's a roll of the dice, I've heard others calling it Russian roulette," he said.

"It's a high stakes poker game and it is not entirely clear because nobody has the full picture of which is the hand to play."

Under the terms of the Transfer Programme, successful applicants will receive two-year funding for the period 01 April 2023 – 31 March 2025. Those that have successfully relocated by 31 October 2024 will then be able to apply for ring-fenced funding for 2025/26 through a separate programme launching in autumn 2024.

But any organisations opting to apply for the Transfer Programme will automatically have their application for the National Portfolio withdrawn.

"It's a binary choice. You can't go for both," Micklem said.

"That's one question - where's my best chance of getting [funding for] 2023/24 and 2024/25. The second question is if I go for the Transfer Programme, what are my chances of then successfully relocating by October 2024 and then getting that third year of additional funding."

"It's high risk. I used to run Battersea Arts Centre and have been on the board of various organisations and I'm glad that I'm not having to face that decision because it's a very difficult one to fathom because you don't know what hand everyone else is going to play."

ACE has said that it anticipates the majority of organisations interested in the Transfer Programme will be those "without either a public facing building or a deep-rooted local community focus".

Micklem says this principally leaves touring companies and the national companies that don't have a fixed base as the most likely to opt for a move.

"There will be some organisations with already very strong links with communities outside London," he said.

"Given we are coming out of a pandemic where we have all been having to work from home, one can imagine a touring company that has a strong relationship with a particular venue it could be quite easy to relocate your base and for it to actually have very little impact on the way you operate.

"It's more difficult for organisations that don't really have strong and compelling connections outside of the capital."