Crowdfunding campaigns are sustaining those who missed out on a Cultural Recovery Fund grant - and some who were successful. 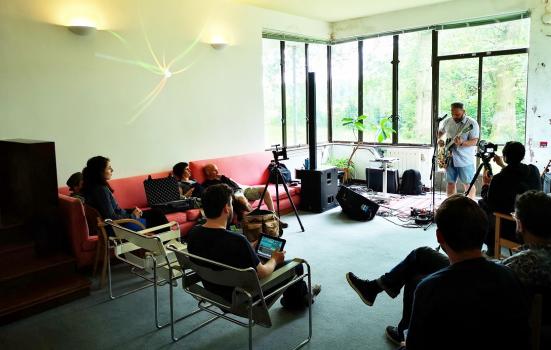 Organisations rejected for Cultural Recovery Fund (CRF) grants are looking to the public for financial support amid an anxious and uncertain future.

578 applicants to the first round for grants under £1m missed out. Arts Council England has refused to reveal how many were rejected for the second £1m round, claiming it wouldn't "give an accurate picture of progress overall".

Its funding decisions, which include awards to companies with troubled financial histories, have mystified many - and none more so than the organisations left in the lurch.

While some who asked for modest grants are holding out hope of further government support, others are turning to private funders, bank loans, or starting crowdfunding campaigns.

"Since we heard about our unsuccessful funding application we have been really blown away by the kindness of strangers and friends alike," Founder Rupert Morrison said, explaining the impetus for the fundraiser.

Morrison said the festival felt strongly about the fundraiser because it is trying to cover costs for independent producers contracted to work on its now-aborted 2020 event.

The forced cancellation of the festival in May and the failure to secure a CRF grant "left us financially crippled," he said.

Sea Change Festival will instead take place online in 2021. If it can reach its fundraising targer, Morrison says the organisation will use the rest of 2020 to reflect on what it has done, and a path forward.

"This short time is very much about taking a deep breath and thinking about where we want to be.

"The digital event that we launched back in April was a huge success and we have been thinking about how we would like to improve on that, as well as looking at the opportunities we can provide for artists to be paid for producing new and original work.

"We very much see the long-term plan being based around a physical event again, and, although it’s been a traumatic experience so far in 2020, we are actually excited about this opportunity to reinvent what we’re doing and to build something with longevity and viability."

Even successful CRF applicants are fundraising to get through the coming months. Tyne and Wear Museums, which received £387,825, is trying to raise another £220,000 through donations of £2, £12, or £22 per month.

Director Iain Watson said the group of nine North East England museums and galleries had managed to make some savings during lockdown, but needed to replace lost income from its shop, cafe and venue hire to continue operating.

“We have been blown away by the loyalty and support we have seen from the people of Tyneside during these strange times ... We'd be very grateful if everyone who loves our venues helps us to keep it there by making a donation.”

Brighton and Dome Festival too is continuing to fundraise despite receiving two substantial grants for its building and music education work.

Chief Executive Andrew Comben said more than £70,000 has been contributed by the public since early September. The organisation lost 67% of its income after Brighton Festival 2020 was cancelled and needs another £250,000 to recover over the next year.

"This financial help, together with the award we received from the government’s Cultural Recovery Fund, means we can be optimistic about bringing arts and culture back to the venue and the wider community in the future.”

The outlook remains bleak for many, including Shepperton Jazz Club in Surrey.

Director Nigel Price is preparing to offer discounts after selling just 14 tickets to a show that half of the club's members said they were interested in attending.

"I fear that the only way that we can have a future is if there is some kind of vaccine soon," he said.

"I raised some funds through a raffle which was sponsored by the Fibonacci guitar company which is going to keep us afloat for the next two gigs. After that I just don’t know what I can do."

Price said his short term plan is to apply for an Arts Council England project grant but felt he stood little chance against larger organisations with experience applying for public funds.

Shepperton Jazz Club did not need nearly as much as the £50,000 threshold for the CRF, but applied because it was the only fund available.

"To my mind there should be a new fund from the government called something like the ‘small venues cultural recovery fund’ dealing with much smaller amounts of money, more suited to promoters who operate in non-dedicated music venues," Price said.

"The Arts Council England grassroots [music] fund was only for dedicated venues too, so somehow we have all slipped through the net."

He said it was a sad time for jazz music and the arts at large: "the general feeling amongst musicians promoters and audience alike is that we are being hung out to dry, or perhaps left out in the cold."