Organisations and local authorities say its unfair and uneconomical to place harsher limits on cultural venues than gyms and hairdressers, as they trumpet their benefits to the nation's health. 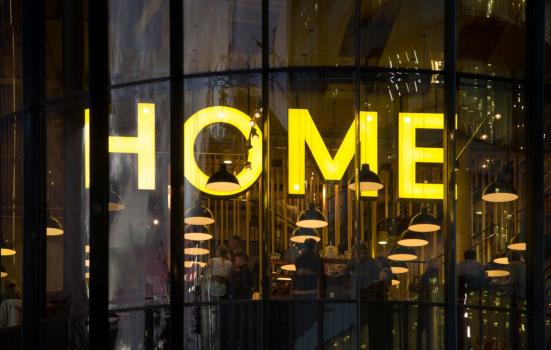 Cultural organisations and local authority leaders in Tier 3 areas are campaigning against "illogical" restrictions on venues.

In Manchester and the West Midlands, these groups are coordinating their efforts to lobby central government to relax a ban on public-facing cultural activity to that of the previous local lockdowns, in which they were allowed to operate under strict Covid-safe guidelines.

Central to their argument is the "irrational and inconsistent" rule that shops, gyms and hairdressers can open with restrictions under Tier 3 guidelines, and that culture's economic and social value is not being taken into account.

He said central government decision making around reopening was driven by economic considerations, and that the sector has not campaigned well on its social benefits.

"I'm lobbying because it's safe to do so, as much as it can be... secondly, I want us to be open because people are expressing that they need us to be open.

"I've had NHS and health practitioners saying, 'please, please, please can you be open because we need you.'"

"We felt it was an important message to get out there, that not only does the Tier 3 lockdown have an eonomic impact on the city, it has a social effect on the NHS.

"There is no data to suggest that cultural venues pose a significant transmission risk, and so closing businesses that have invested so much money and time in making themselves Covid secure is economically and scientifically unjustifiable."

Moutrey said HOME has spent £60,000 of Culture Recovery Fund money on making the venue Covid secure: "If everything is gold standard Covid-secure, why can't we reopen?"

He has the backing of Manchester City Council Member for Culture Lufthur Rahman, who said the sector has followed "to the letter every single rule laid down by Government since March".

The knock-on impact of continued closures for the city's economy and the health of its residents would be "immense", he added.

"We completely understand that in a pandemic public health has to come first, but the current restrictions are irrational and inconsistent and it's time for an urgent re-think to keep our cultural heart beating and allow the safe reopening of cultural venues in Tier 3."

Erica Love, Director of Culture Central in the West Midlands, said uncertainty about how the region would remain in Tier 3 made it impossible to plan for the future.

It is possible some areas could remain or be placed under Tier 3 restrictions until April.

Love said feedback from just 10 of these organisations showed 150 performances will be cancelled in December alone. Between now and March, the region could lose 300,000 visitors, she said.

"Everyone has spent a huge amount of money and investment in making things safe... there are more measures than in shops, where everyone is just walking around.

"We understand the need to protect everyone; it's just how they're trying so hard to do all this and how disappointing it is."

In an open letter, Love wrote: "What we offer is SAFE places for families to visit, visits that will help with the mental health and wellbeing of our communities and rescue the livelihoods of many in the sector."

The Government has introduced mandatory masks at indoor events for the first time.

New guidelines for the sector say organisations in Tier 1 and 2 areas, where performance is allowed, must ensure audiences are socially distanced and wearing face coverings. Workers must be distanced too, and extra precautions such as reducing the length of activities and cutting contact through fixed teams or partnering systems should be considered.

But there are larger issues to be mindful of: "Individual businesses or venues should consider the cumulative impact of many venues reopening in a small area," the guidelines say.

Possible mitigations could include further lowering capacity below what's allowed - "even if it is possible to safely seat a number of people inside a venue, it may not be safe for them all to travel or enter that venue" - staggering entry times, or advising patrons to avoid using crowded public transport to get there.

After initial confusion, the guidelines also clarify that venues in Tier 2 areas are exempt from a rule that alcohol can only be served with a "substantial meal".

Drinks should only be served to ticketed customers 30 minutes before and after a performance or screening.

Great Adele Redmond piece - this logical, rationally evidenced approach to arguing the nonsense of arts venues being closed when so many consumer businesses are allowed to open is absolutely the right and most compelling argument.