Furloughed arts employees across the country are being warned of job losses as the next stage of the furlough scheme is deemed “not fit for purpose for the theatre industry”. 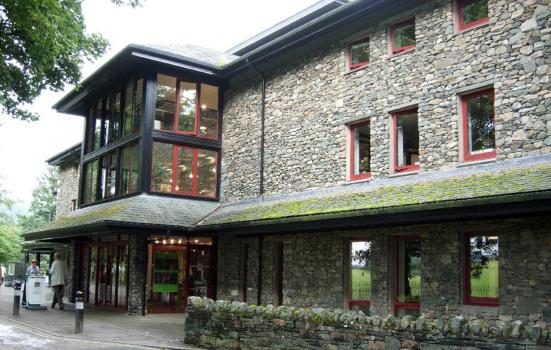 Theatre by the Lake
Photo:

The first announcements of redundancies are being made as organisations prepare for the tapering off of the Coronavirus Job Retention Scheme.

62 staff are expected to lose their jobs at Birmingham Hippodrome, which receives no revenue funding from public sources. It has entered a period of redundancy consultations as a direct result of prolonged business closure due to Covid-19.

Theatre by the Lake in Keswick has announced a sustainability plan to “safeguard its future” and is having to “consider significant staff redundancies” to reduce its annual payroll costs of just under £1m. It will be consulting with staff over the next two months.

These follow warnings of job losses to two-thirds of staff at Edinburgh's Royal Lyceum Theatre, which has ruled out reopening in 2020.

In London, the National Theatre informed staff in May that it would be looking to make 20-30% of its workforce redundant – a decision described at the time as “premature” by the trade union Bectu. But this is now looking realistic unless proposals for a Government bailout for the sector gain ground soon.

By the end of May around 30 theatres and venues across the country, including Haymarket Leicester, Southport Theatre and Watershed Bristol, had been in touch with Bectu about possible redundancies.

Many performing arts venues are now expecting to be closed until the new year and huge losses will soon start accumulating.

While payroll costs can currently be minimised through the Government’s furlough scheme, from 1st August onwards employers will be faced with significant costs for keeping staff at home but still on the payroll.

In September they will, in addition, have to pay 10% towards salary, and in October – the final month of the furlough scheme – that rises to 20%.

In a statement from the Hippodrome, Artistic Director and CEO Fiona Allan described the future of the theatre as being “in jeopardy”.

She said: “The changes to the Furlough Scheme announced by The Chancellor last week, whilst fair for the broader economy, are not fit for purpose for the theatre industry. With the closure of the job retention scheme on October 31 and no current guidance of when we will we be able to reopen; we do not have the reserves to sustain prolonged closure.”

Allan also commented on the longer-term future, saying: “When it comes time to reopen Birmingham Hippodrome, it will need to be a different organisation than when we closed. This has led to the very difficult and heart-breaking conclusion that we need to scale back areas of the business and significantly reduce our team size.”

Her comments are echoed by Theatre by the Lake, which relies heavily on earned income of over £2.5m a year and public funding accounts for just 20% of turnover. They will be “managing and maintaining the theatre with a smaller team, who will plan for reopening at the appropriate time in the future, whilst continuing to creatively engage communities”.

Executive Director James Cobbold and Artistic Director Liz Stevenson added their voice to the industry’s calls on the Government to consider specific support for theatres, saying: “For the theatre industry to survive this crisis, we must see further investment quickly. Over recent years, theatres have worked hard to operate on reducing levels of public subsidy by increasing their reliance on high ticket sales and as a result are at greater threat in this unprecedented crisis.”