Rates victory sets precedent for other museums and galleries

The rateable value of an Exeter museum fell from £445,000 to just £1 following a Tribunal ruling that has opened the doors for others to appeal their rates bills. 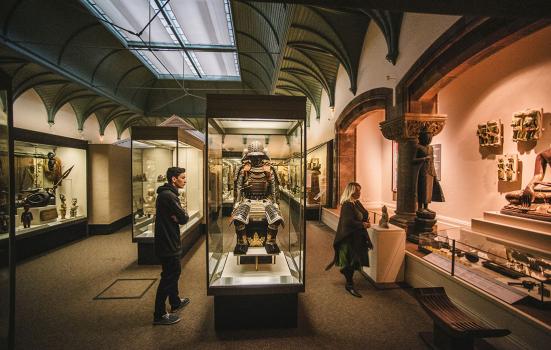 A landmark Tribunal ruling has seen the rateable value of Exeter’s Royal Albert Memorial Museum & Art Gallery (RAMM) fall from £445,000 to just £1. The case has implications for the whole of the non-profit museums and galleries sector, especially those in heritage buildings.

The case revolved around the appropriate valuation method to be applied to the premises. The Valuation Office had been relying on the Contractor Basis for valuation, which reflects the cost of building a modern equivalent museum, and typically results in higher rateable values. But a 2018 a ruling by the Valuation Tribunal for England took into account what a reasonable museum tenant could and would be willing to pay in rent and concluded that the museum “could not reasonably be expected to have achieved, on an open market letting, a positive rent” for the building. This meant the Receipts & Expenditure method could be used instead to determine its rateable value, and resulted in a rateable value of £1 for RAMM, which was backdated to 2015.

The Valuation Office appealed against that decision and lost, and the Court of Appeal has now refused permission for further appeals. This finally opens the door for similar reassessments across the entire museums and galleries sector and will have a significant impact on the way many institutions in England and Wales are valued in the future, especially those in listed buildings with high operating costs.

A detailed court decision documents all the arguments raised by both the museum and the Valuation Office, providing guidance for how museums should be valued in the future.

RAMM’s case was supported by Exeter City Council, which runs the organisation. It would have been too costly the Council to pursue, but due to its importance to the whole sector, it was part-funded and supported by Arts Council England (ACE) and the National Museum Directors Council (NMDC).

Sir Ian Blatchford, Chair of NMDC and Director & Chief Executive, Science Museum Group, said: “This ruling is excellent news for museum colleagues who have waited years for a definitive judgement on a long-standing issue. Many of the museum valuation cases that are currently paused in anticipation of this result will hopefully now progress to sensible conclusions. Too much time and energy has been wasted already.

“We applaud our colleagues in Exeter their efforts and endurance to reach such a significant outcome for the sector.”

Exeter Councillor Rachel Sutton described the Council as being “relieved by the outcome”. She said: “Like all other local authorities, Exeter is facing huge financial challenges and the new rateable value will represent a substantial saving at a critical time.

“The judgment recognises the reality of the public subsidy required for a museum that is highly valued by its community but has an intrinsic cost.  Many other museums and local authorities will find themselves in a similar position and our hope all along was that this judgement would also benefit other museums and the communities they serve.”

The judgement will also please ACE, as a major funder of the museums sector. Chair Sir Nicholas Serota said: “This is a significant judgement which will benefit many museums across the country, ensuring that their resources can be used to concentrate on what they do best – conserving collections and delivering stimulating experiences for their communities.”