The Commission will be asking fundamental questions about how the union organises, represents and fights for Black and minority ethnic workers, hoping to achieve reconciliation after a recent period of acrimony. 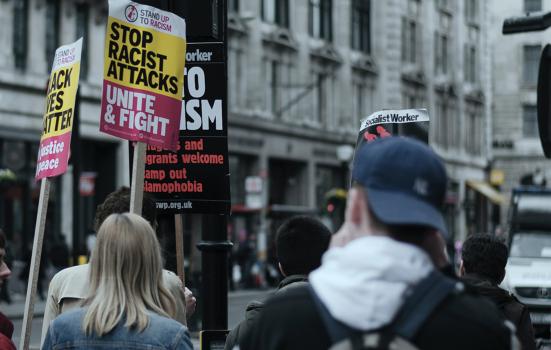 Henry Be on Unsplash

Actors’ Union Equity has announced the launch of an Independent Commission for Race Equality (ICRE) to “improve employment practices for black and minority ethnic workers across the entertainment industry in a post-COVID landscape.”

This move follows the acrimonious resignation of all members of the union’s Race Equality Committee (REC) earlier this year. The entire Committee stood down in March, unhappy about Equity’s reaction to controversial comments made by actor Laurence Fox when he was a panellist on the BBC show Question Time.

The ICRE will act as an independent advisory group, tasked with exploring the impact of the Committee’s resignation on relations with its Black and minority ethnic members. Part of its remit is to examine the process for electing a new Committee. It will also conduct a wide-ranging review of Equity’s activities to address the discriminatory practices that BME members have faced over the years.

The Commission will comprise working members of the union, drawn from across the UK, and will reflect the different professional roles of Equity’s members.  It will be co-chaired by Johnny Worthy, Tanya Moodie and Chipo Chung, and include Dawn Hope as a representative of Equity’s Council. They will report directly to Council, the union’s ruling body, to whom they will make on-going recommendations. The Commission’s work will conclude at the end of the year.

Equity is anxious to put the hostility of recent months behind it and move on. They are hoping for “a strong, positive working relationship with those who resigned from the REC to transform recent organisational conflict into an opportunity for radical social change.” This group has been approached with the offer of being the first body of expert witnesses to contribute evidence to the Commission.

Chipo Chung welcomed an opportunity for reconciliation with those who have resigned from the REC, saying: “Our mission is not to replace the hard work of former members of the Race Equality Committee, but to provide a space of inquiry, accountability, collaboration, and solidarity, with the potential for real social change within our industry.”

Diversity champion Amanda Parker of Inc Arts commented: “Equity's decision to press re-set is spot on and is to be welcomed. However it also reveals a deeper issue. It's vital to both hear and give space to the views expressed by those with lived experience of disadvantage, but when those views are at odds with the wider organisation, it's a sign that the workforce itself – the teams and the decision makers –  also need to be diversified. This re-set goes beyond the makeup of Equity's committees, and the newly formed Commission for Race Equality is perfectly placed to help make that inclusive change happen across Equity's workforce.”