£262m awarded for second round of Culture Recovery Fund

Some organisations have managed to double dip as more than 1,200 receive support from the emergency arts funding scheme for the first time. 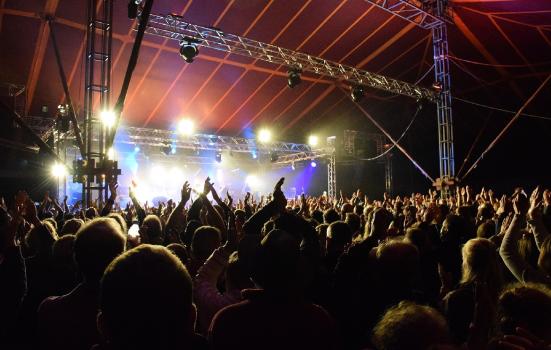 Towersey Festival, pictured here in 2018, has been awarded £104,000 after missing out in the first round
Photo:

1,200 organisations that previously missed out on Culture Recovery Fund awards are among those receiving a share of £262m distributed by Arts Council England (ACE) in the second round of the scheme.

ACE’s awards range from £8,000 for The Lounge Bar in Hampshire to £1.9m to York Archaeological Trust for Excavation and Research.

Almost 70% of grants are worth £100,000 or less. Only 10 awards were for £1m or more, and half of those organisations were also successful in the first round of awards last year.

The second funding round was initially expected to exhaust the £1.57bn fund announced last year, but there is now an extra £300m from last month’s Budget to distribute.

From survival to revival

While the first round of grants aimed to ensure organisations’ immediate survival, this second tranche is targeted at supporting their revival.

In total, almost 3,250 organisations have received awards through ACE’s programme. More than 1,200 that didn’t receive funding in the first round have now been awarded grants.

Glastonbury Festival, which lost millions from cancelling its in-person event two years in a row, will receive £900,000 for two smaller events in 2021 and funding to sustain it until 2022.

West End theatre operator Nimax Theatres briefly reopened its six venues in October despite expecting to make a loss. It will also receive £900,000 for deep cleaning, Covid-testing equipment and staff training as it prepares to open once again.

Towersey Festival, which expressed shock and disbelief after being unsuccessful in the first CRF round, has now been awarded £104,000. 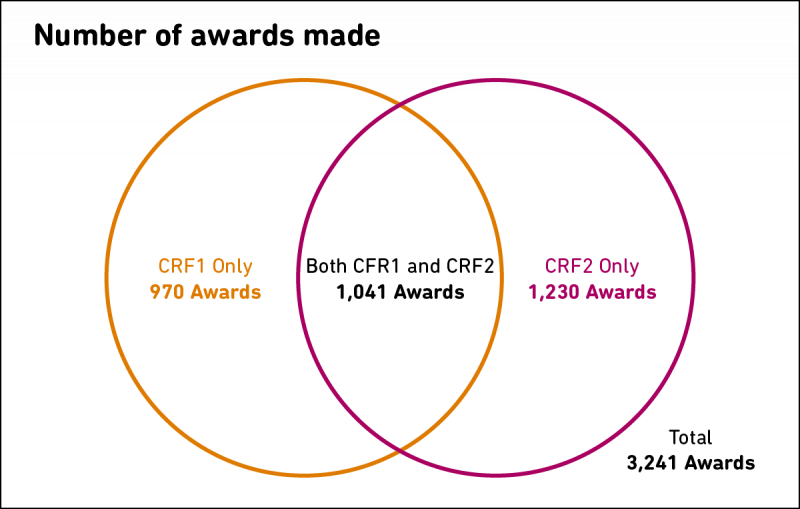 Others have received grants in both rounds of the programme. These 1041 organisations represent a third of all grants recipients and have shared almost half of the total £689m.

Among them is Camden’s Roundhouse, which has been given £1.5m to open again to live events in addition to a £775,000 grant in round 1.

Yvonne Arnaud Theatre’s Christmas production of The Snow Queen replaced its annual pantomime but was cut short due to Tier 3 restrictions and the theatre has been closed since. It will receive £458,000, having been awarded £248,000 in the previous round. 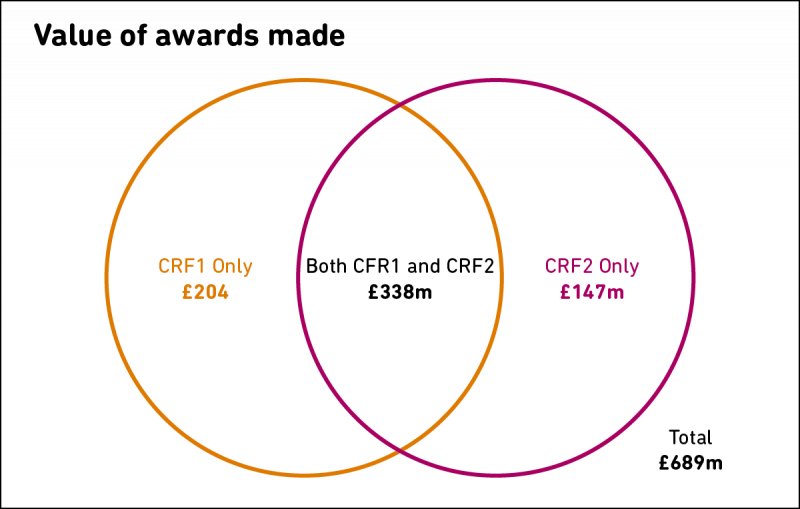 The Lowry and Sadler’s Wells, each of which received a £3m grants in the first round, have been offered a further £7.3m and £4.25m respectively in loans.

Shakespeare’s Globe was also a £3m grant winner in the first round. It has now been offered a £3m loan.

Self-funded charity Shakespeare’s Birthplace Trust is in the same position. Its £3m loan will secure its immediate future and support its recovery after the loss of £17m in trading income in 2020 and 2021 due impact of the pandemic on tourism.

DCMS says awards have been made to benefit the widest possible range of art forms and organisations, including “vital supply chain organisations for live performances”.

These include Lamp and Pencil, which builds technical infrastructure for productions and has been awarded £120,000. White Light Limited, which provides technologies and control systems to event companies and cultural institutions, will receivee £1m.

Others have not been so lucky. Organisations classified as ‘not discipline specific’ – almost 10% of round one awardees but less than 5% of round two awardees – include suppliers to the cultural sector.

Concerned that second round CRF grants have not reached the live event supply chain, membership body Plasa has launched a survey to assess how these organisations have benefitted from this fund. The data gathered will be presented to Government to demonstrate the level of support for this part of the arts ecology.

Unsuccessful applicants needing support are being asked to apply for new Restart Grants worth up to £18k via their local authorities.