Research justifying the new fund failed to include the biggest and longest running arts education intervention in the world. 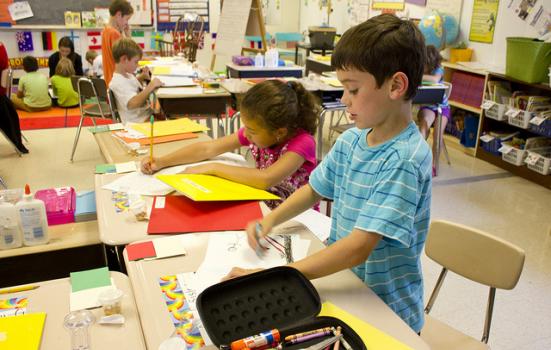 woodleywonderworks via Visualhunt / CC BY

The Education Endowment Foundation (EEF) and the Royal Society of Arts (RSA) have launched a £2.5m fund to rectify an “urgent need” to provide “better evidence” of the impact of cultural learning approaches on attainment, based on a review that failed to include evidence about the impact of the world’s longest-running arts education intervention.

The decision to establish the fund was in response to a literature review EEF commissioned from the University of Durham, which found “199 relevant studies” and concluded that there was “limited high-quality research” into the impact different arts approaches have on pupil outcomes.

The new £2.5m fund is to support trials of different activities, such as performance, museum and exhibition visits, and to focus on schools in areas of deprivation. Noting that schools are increasingly accountable for the impact of their spending decisions on pupil attainment, EEF believes there is a need for more evidence on the relative benefits of different approaches and strategies.

This is in spite of earlier studies aiming to provide precisely this. Writing in AP in 2004, then ACE Communications Coordinator David Armstrong said Creative Partnerships had been “explicitly focused” on learning outcomes. “One of the greatest problems in the past has been the short-lived nature of similar initiatives, meaning that benefits have not been passed on to future generations,” he added.

Similarly, a Critical Review of the entire Creative Partnerships archive, now housed at the University of Nottingham, was released in 2015 – a year before the EEF review was published. It concluded that the main gap in research was for a longitudinal study tracking students’ and teachers’ learning over time, and said that “this is something any future national arts-based or cultural programme needs to do”. The report also referred to annual research by the National Foundation for Education Research (NFER) for Creative Partnerships, which found statistically significant improvements on pupil learning at all key stages across all schools.

One of the two researchers who worked on the EEF review, Beng Huat See, said the NFER research and the Critical Review were not excluded because they were of an insufficient quality, but because the reports did not turn up in a document search.

“One of the reasons could be that the title of the report and the abstracts did not contain the key words that we used in our search: like ‘arts’, ‘music’, ‘drama’ and ‘dance’,” she said.

‘No need for more research’

The view that there is insufficient evidence to support claims for the value of cultural learning approaches in schools is not one that is endorsed in Wales. “We are surprised at the suggestion that there is a lack of research on the impact of arts education. It has been the subject of academic study for many decades around the world,” said Nick Capaldi, Chief Executive of the Arts Council of Wales.

In 2015, Wales committed to an overhaul of its entire curriculum, installing expressive arts as one of six ‘areas of learning and experience’ to replace traditional subjects for children aged 3 to 16.

The change emerged as the result of the ‘Successful Futures’ report, which Capaldi labelled the “clearest possible endorsement of the value of putting arts and creativity at the heart of the curriculum”.

“Creative Learning through the Arts – a major five-year initiative between the Arts Council of Wales and the Welsh Government – is founded on extensive international research and evidence,” he added.

“Not all of this research will be equally persuasive, but we are convinced that embedding creativity in the school curriculum helps learning outcomes. This is the proposition that Creative Learning through the Arts is designed to test.”

The RSA and EEF are looking for applications from arts and cultural organisations, schools, universities and other non-profit organisations by 15 February.