The initiative builds on the success of two pilot programmes to promote a new approach to finance in the arts and cultural sectors. 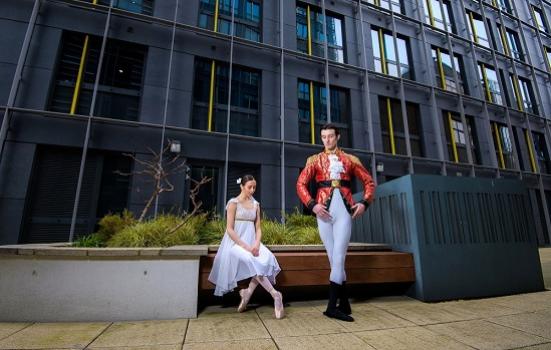 A new £20m social impact investment fund will promote and support the potential of the arts to create “healthy financial returns”.

Organisations across the arts and cultural sectors can apply for a loan of up to £1m from the Arts and Culture Impact Fund (ACIF) for projects that will generate income and social benefit. Innovation foundation Nesta has committed £6m to the fund, with additional support coming from the National Lottery Heritage Fund, Bank of America, Big Society Capital, Esmée Fairbairn Foundation and Arts Council England (ACE).

At the launch event, ACE Chair Nicholas Serota said one of the principles of the Arts Council’s new 10-year strategy is ‘dynamism’ and that cultural organisations – including his own – must have “the ability and the agility” to respond the funding challenges on the horizon.

As well as being a funder, ACE is also “a development agency with a mission to identify areas of need and to support the cultural sector in adapting [to] best practice  and harnessing the business potential of technology,” he said.

“We ourselves want to become a more flexible investor.”

But ACE’s support for new income streams was not a replacement for traditional grant giving, Serota said.

“We’re not asking [organisations] to reduce their dependence on us; we’re asking them to look at new ways of financing [themselves].”

That could include different models of philanthropy and sponsorship or repayable finance, he said.

Two pilot programmes – the Arts Impact Fund and the Cultural Impact Fund – have together made 30 loans totalling £9.1m since 2015. Three organisations repaid their loans early, providing some of the money for the ACIF.

“That’s what I was most nervous about; walking into organisations that are used to grant funding and saying, ‘here’s some money that’s quite hard to access and you have to pay it back.’”

But the interest from organisations was “strong”. Sanderson said all the pilots’ funders are supporting ACIF too and that additional new investors have enabled Nesta to expand the fund to include Scotland and Wales.

She said impact loans are an “underexplored” way of supporting arts and culture: “We really want this to become part of the standard funding mix for arts organisations.”

ACIF’s Chair Richard Brass said the fund’s social focus gave it more “soul” than other investment schemes. Several funding recipients who spoke at the launch event described how the finance catalysed community projects, most of them youth focussed.

“Give these organisations the opportunity to breathe above one month, six months. You will be amazed by what they can achieve.”

Serota agreed the arts present strong investment opportunities, adding “they also have the potential to develop healthy financial returns and that’s why we (ACE) are excited to support this project”.