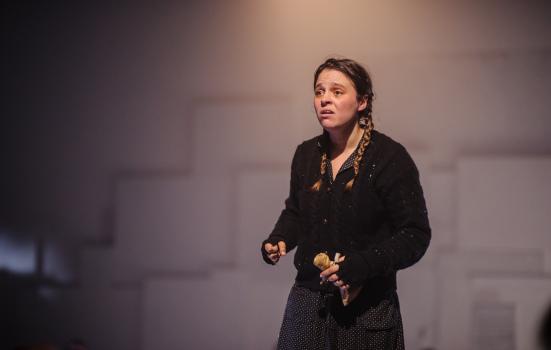 £3.5m will be ringfenced to open a third fund for freelancers after the initial £7m programme was oversubscribed in some regions in less than an hour.

Up to 1400 people are expected to benefit from this latest funding round, announced by the Welsh Government on Wednesday.

"We recognise that we’ll need the professionalism, experience, enthusiasm and vison of these professionals to help us come together and rebuild after the public health crisis has abated."

Despite a second shot for freelancers, the Welsh Government will not be accepting fresh funding bids from organisations.

A spokesperson said a new fund for organisations will not be opened. Grants will instead be targeted towards the large number of applications the Government has already received from cultural, creative, events and heritage organisations.

The aim, according to the Welsh Government, is to "ensure this money reaches more parts of the sector as quickly as possible".

Welsh Finance Minister Rebecca Evans said the £10.7m will "boost the level of support we have already provided".

As Wales pursues its fourth round of emergency funding, Northern Ireland is yet to announce awards from its first £7.75m programme.

This was the final round of Cultural Recovery Fund revenue grants for England. Successful applications for a loans scheme and a small capital grants programme are yet to be announced.

Scotland recently announced it awarded £11.75m to 203 organisations in its first tranche of its Culture Organisations and Venue Recovery Fund grants. The Scottish Government says it's now done establishing grants schemes and is working through applications for other existing programmes.

So far, seven Scottish emergency funds for culture will provide £31.2m to the sector.