The £90m emergency fund earmarked to support ACE’s National Portfolio Organisations and Creative People and Places consortia is no more than a drop in the ocean against the vast income streams they are losing as a result of the shutdown. 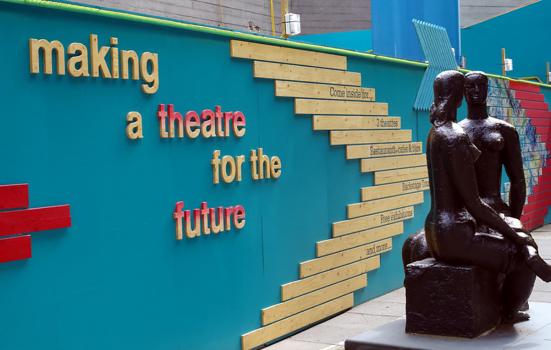 If social distancing rules for gatherings remain in place until the end of 2020, total losses to Arts Council England’s 828 National Portfolio Organisations (NPOs) could reach £750m by January. This shortfall represents almost double the annual total of £407m in core funding that they currently share.

ACE’s NPOs made £1.07 billion in earned income during 2018/19 – around £90m a month. So the £90m coronavirus emergency fund that aims to help them survive right through until the end of September represents a drop in the ocean of potential lost income during this period and will do very little to alleviate the crisis facing the sector.

By far the worst affected will be the major institutions, mostly in London and the south of England, and especially those that have been the most independent of public funding.

In 2017/18 – the last year for which ACE has published detailed figures – the top 10 income earners generated £359m. These ten accounted for over 37% of all NPOs’ earned income in the UK.

Their earned income from international activities amounted to a further £31m.

The largest NPOs’ financial problems are likely to be compounded by any fall-off in contributed income. The top ten attract around half of all donations to NPOs from the public, and brought in a combined total of over £50m in 2017/18. Fundraising events and sponsorship added a further £9m.

But the impact of lost income is by no means limited to this group. 77 NPOs earned more than £2.5m in 2017/18 from earned income, and only three organisations – Art Monthly, Stanley Picker Gallery and Brownswood Music – declared no earned income at all.

Joanna Reid, Executive Director of Coventry’s Belgrade Theatre, told AP: “It is deeply ironic that those of us who have successfully followed Government instruction to become less reliant on grant income are the hardest hit. And the casualties will not just be our programmes but a swathe of redundancies of experienced, skilled staff because our grant funding now doesn’t cover the wage bill.

“In 2008/09, over half of our £4.1m turnover came from grant income. Ten years later our total turnover has grown to £6.3m and our grant income was less than a quarter of this. Our additional earnings are based on in-house catering, conferencing and commercial set building, and around 3% from sponsorship and donations.  All of the commercial earnings are hit by the social distancing policy. Our catering had branched out into feeding students next door to the Theatre, but that’s likely to cease and our conferencing had branched out into housing a Pentecostal church on Sundays - at risk of not returning.  Our set building arm is hit – because if theatres are closed, there ain’t no set building.”

Short-term fix before an uncertain future

The Arts Council is digging deep to provide the support it can, but its pockets are not deep enough and there is no certainty about funding going forward.

Its 3-part £160m Emergency Response Package, is made up of:

Its Lottery reserves policy has been altered to permit the minimum balance to fall from £50m to £10m.

Currently just over 20% of existing NPO grant commitments are funded through Lottery and ACE is aiming to ringfence sufficient money to meet these. But there is no guarantee that will be possible.

Until now, retail has accounted for around 70% of all Lottery ticket sales, so this year’s revenues and returns to good causes are likely to be seriously depleted due to the lockdown. ACE has told AP of the possibility that NPO grants from Lottery will not be secure: “In future, if the circumstances of the current crisis means we do not think this remains likely, we will communicate this to grant holders and the wider sector.”

But there is other potentially serious trouble ahead. ACE’s Grant-in-aid NPO commitments, which now run until 2023, are only confirmed until March 2021 and are subject to the next Government spending review.

An ACE spokesperson told AP: “Once we have administered these three [coronavirus response] funds, we will turn from the immediate emergency to the future and are making the case to Government for the critical need to support our sector through the next stage.”

In an attempt to minimise demands on its emergency fund, ACE is calling on its NPOs and Creative People and Places consortia to claim all they can from Government schemes, including furloughing. Organisations are also being told to use their reserves and give up long-cherished plans if necessary.

This places a particular burden on those that have done the most to future-proof their organisations, including building reserves for investment projects, and will have long-term consequences.

Glyndebourne Festival, which prizes its financial independence and only receives public subsidy for its touring and education activity, has a free reserves policy that includes provisions to cover its own capital requirements and pension liabilities. It sets a target level of free reserve each year, which is “calculated on the basis of having to fulfil financial commitments and continue in business in a worst case scenario uninsurable event.” In December 2018, it held £18.1m in free reserves, but noted that these reserves were being built “in readiness for a period of significant capital spend” during 2019-25, amounting to just under £11m.

ACE CEO Darren Henley has spoken of the irony that normally resilient organisations with a high proportion of earned income are the ones “most likely to need our help”. He has pledged ACE’s support for them. But he has also re-stated ACE’s commitment to delivering ‘Let’s Create’, its new 10-year strategy, promising to ensure that diverse organisations are supported, that the geographical spread of funding is proportionate, that all artforms and disciplines are represented, and that the needs of organisations of every size will be recognised.

Given the scale of deficit facing the largest organisations, without further government intervention it is unclear how all of these ambitions will be achieved.

ACE is pleading with NPOs to apply only for what they really need, “so that our money can help save as many organisations as possible”. Tight restrictions on eligibility for funding will exclude any organisation that is in a position to keep going without extra support until the end of September. The emergency fund cannot be used to cover additional creative activity or costs, neither will it cover losses not incurred as a result of the Covid-19 crisis.

Anticipating that larger sums will be needed later to help the sector reopen, ACE hopes the £90m fund will be under-subscribed: “We will therefore scrutinize large requests very closely to ensure they are based on real need. But ultimately, we’re trusting everyone to be unselfish, and to act individually in the best interests of the whole.”

Wednesday, 28 July 2021
Eight cultural organisations in Northumberland are commissioning research into their audiences ahead of the next National Portfolio application process in January. November Club, Museums... read more

Adding a seventh city to the longlist of bidders who will receive funding would allow more places to "complete their journey," an expert...

Wednesday, 28 July 2021
War Years Remembered, an independent museum in Northern Ireland, faces permanent closure unless it can find a new home. The museum has fundraised more than £29,000 of its £50,000 target but still... read more